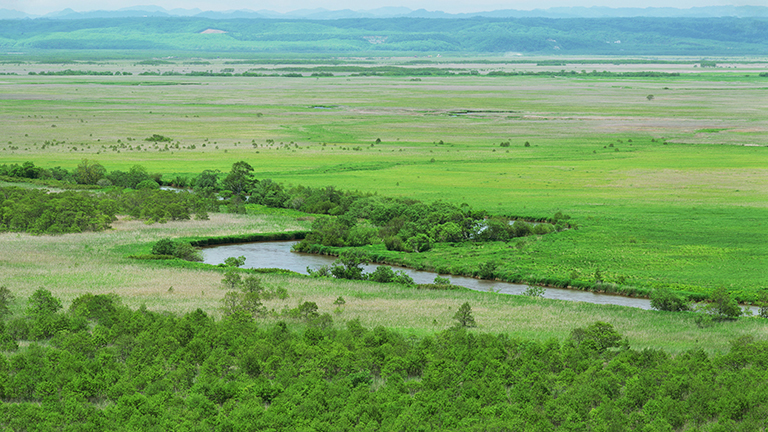 The Kushiro Marsh, the Kushiro River and its tributaries which run through it, are the largest marsh in Japan. The greatest attraction is the vast view of this natural spectacle that captivates millions of people. Apart from its unequivocal beauty and charm, it is also the habitat for numerous rare fauna and flora including the Japanese red-crowned cranes; a special natural monument of Japan.