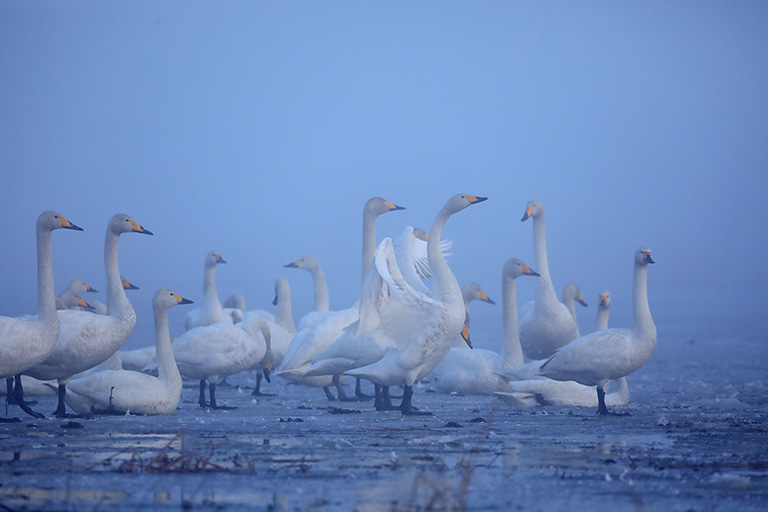 [Capturing the Rivers of Hokkaido!]
Village of Water and Wildlife
tu-pet

tu-pet is Ainu for “river which flows from a marsh,” and is the origin of the name “Tobetsu.” Once upon a time, the flow of the Ishikari River was extremely variegated, forming numerous lakes, marshes and wetlands along its course.
Efforts are being made to restore wetlands, grasslands, and forests where the Tobetsu River joins the Ishikari River.
The site chosen for this restoration project is approximately 15 km upstream from the Ishikari River estuary, and about 15 minutes on foot from the Tobetsu Roadside Station. The restoration site is vast and serene, reaching across three cities: Tobetsu, Sapporo and Ebetsu.
In spring, it is the resting grounds for various migrating birds, such as swans, geese and ducks.
As the reeds rustle in the wind, a woodpecker knocks on the trees, and the an occasional fish jumps in the quiet evening pond, creating rhythmical ripples on the surface. As time flows ever so slowly through each season, a nostalgic scene unfolds, and you are overcome with a sense of witnessing the primitive landscape of the Ishikari River. 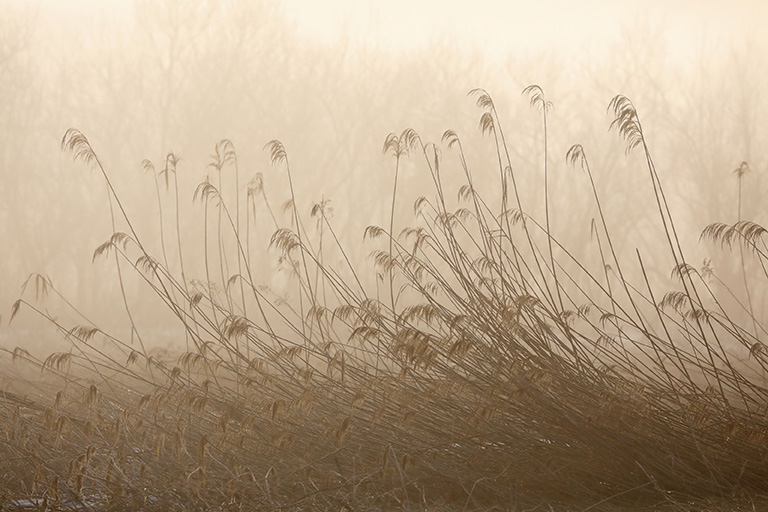 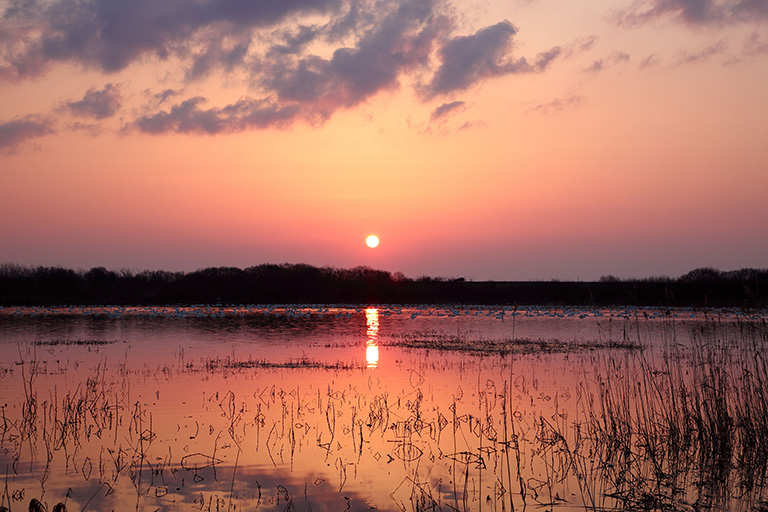 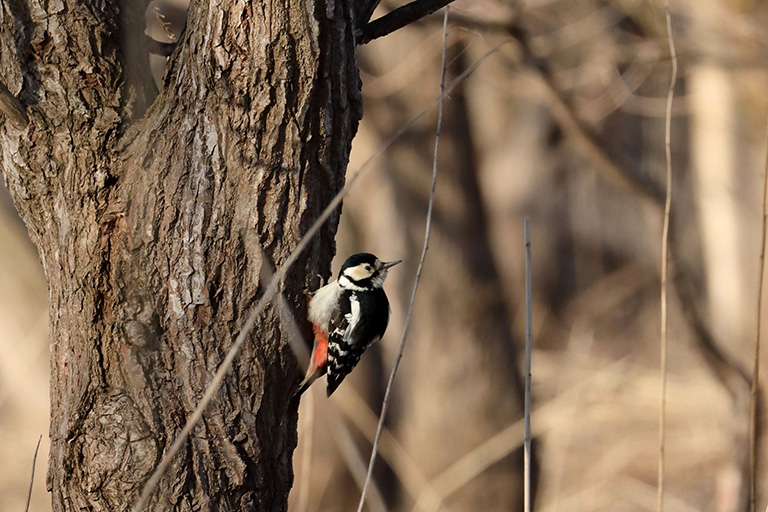 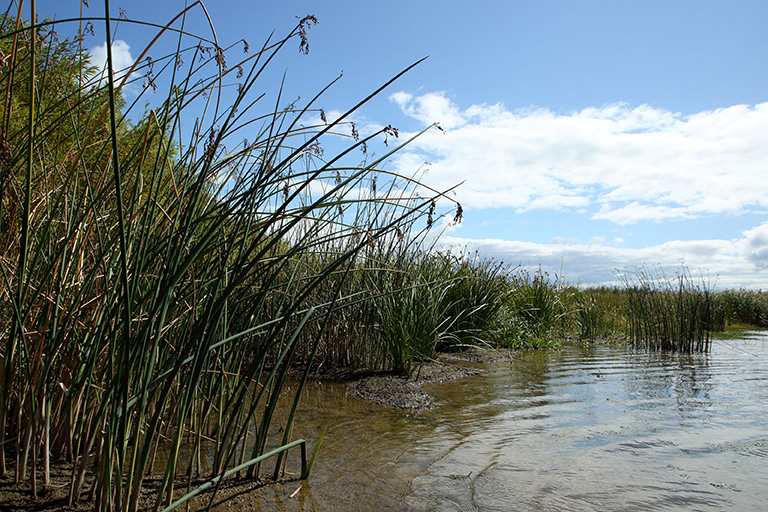 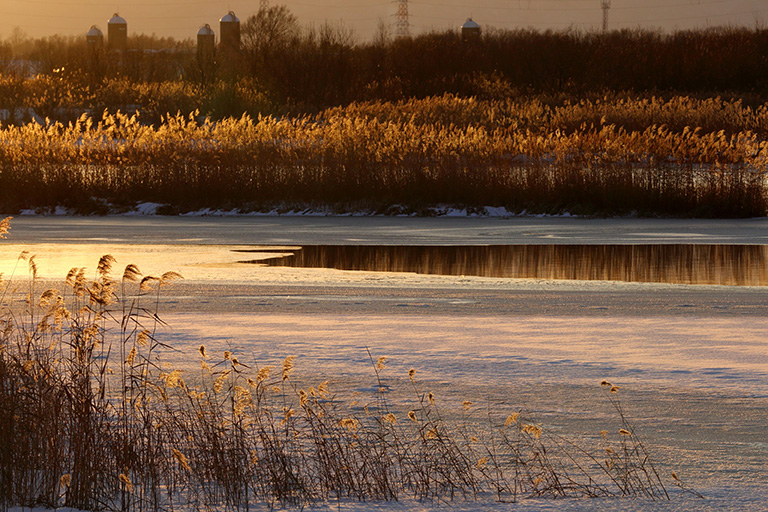