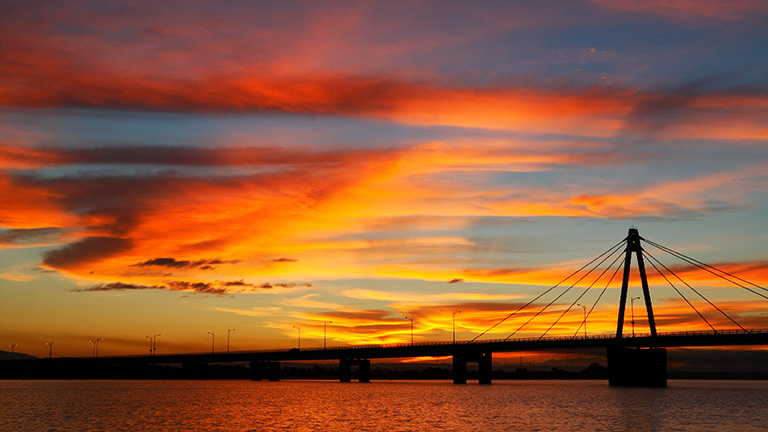 The Ishikari River, which has its source in Mt. Ishikaridake (alt. 1,967 m) of the Taisetsu Mountains and flows into the Sea of Japan from Ishikari City, is Hokkaido’s largest Class A river.
Its basin consisting of 18 cities, 27 towns and 1 village, including Sapporo City with a population of 1.9 million and Asahikawa City, is a social, economic and cultural base and an important food center of Hokkaido. As its main channel and many of its tributaries run through downtown areas, their riverbeds are used for various events and leisure activities.
There are grand and diverse natural landscapes, including Daisetsuzan National Park and Shikotsu-Toya National Park; clear streams through beautiful mountain valleys, such as waterfalls of Sounkyo; Chitose and Toyohira rivers where salmon swim upstream; and Miyajima Marsh, which is an important stopping point for greater white-fronted geese, tundra swans and other migratory birds and has been designated as a Ramsar site. For such an extensive and rich natural environment, the river was designated as a Hokkaido Heritage in 2001. 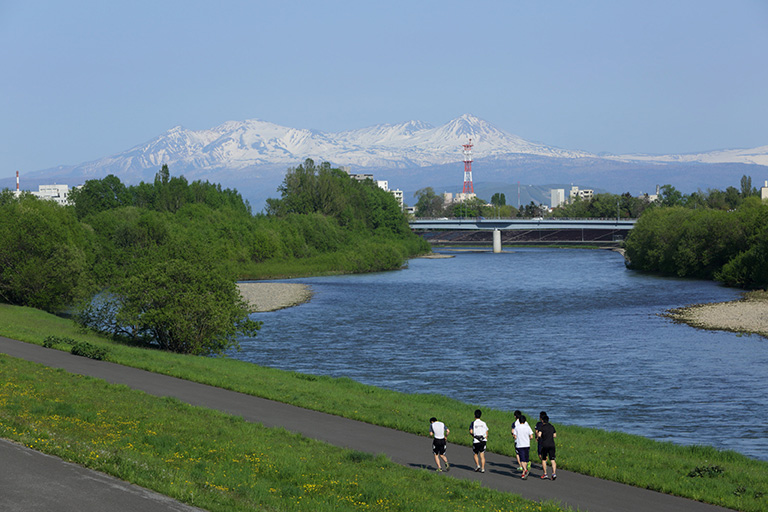