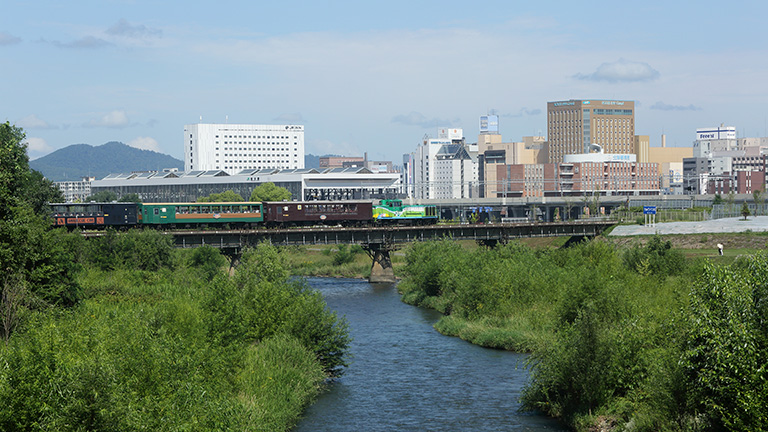 The Chubetsu River has its source in Mt. Chubetsudake (alt. 1,963 m) in Biei Town and flows into the Chubetsu dam via the Tenninkyo Gorge, which is known as a scenic spot, and then merges with the Ishikari River. The Chubetsu River that flows on the south side of Asahikawa Station forms a river space coupled with the new station building completed in 2011 and the streets developed as part of the Kita Saito Asahikawa project.

River data
●Channel length
59 km
●Catchment area
1,063 km2
●Origin of the river name
The name Chubetsu comes from chiu-pet (river of waves). It is said that Japanese settlers misheard it as chup-pet (river of the sun) and became the origin of the place name Asahikawa, which means a river of the morning sun.
* Reference: Hokkaido Place Names (YAMADA Hidezo)