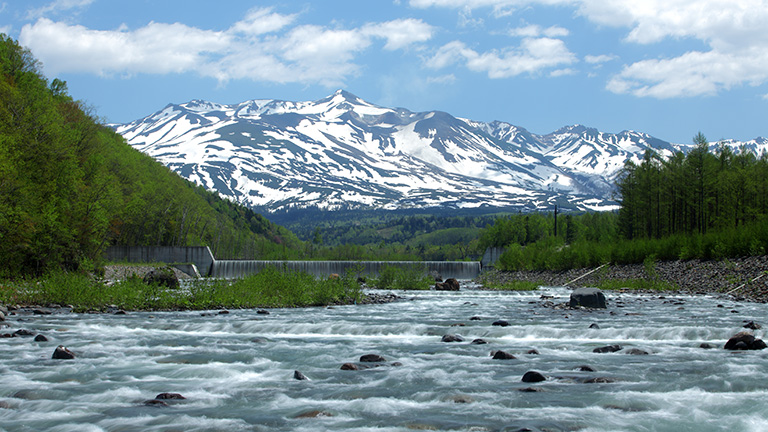 The Biei River, which has its source in Mt. Tsurigane (alt. 1,708 m) of the Tokachidake mountain range, flows down through Biei Town and merges with the Chubetsu River in downtown Asahikawa. The “Blue Pond,” which has become famous in recent years, is in the Shirogane area in the upper reaches of the Biei River. Beautiful nature spreads across its basin, which attracts tourists from both home and abroad as a leading tourist spot in Hokkaido. The Biei River is also popular for canoeing and rafting as there are few artificial structures across it.

River data
●Channel length
68 km
●Catchment area
718 km2
●Origin of the river name
The name Biei comes from piye in the Ainu language, meaning “greasy.” There is also a theory that pii-pet (stone river) was corrupted to piye-pet, and its second half was omitted.
* Reference: Hokkaido Place Names (YAMADA Hidezo)