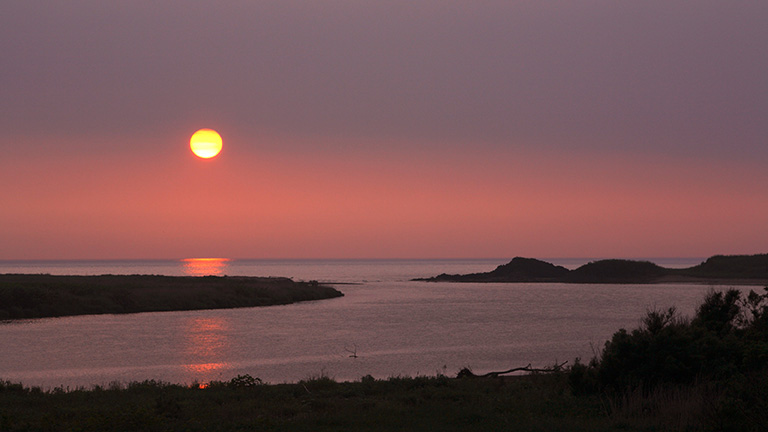 The Shiribeshi-Toshibetsu River has its source in Mt. Oshamanbe (alt. 972 m) in Imagane Town, Setana-gun, and pours into the Sea of Japan from Setana Town. It has been chosen as one of the “rivers with the best water quality” in the water quality survey of the Ministry of Land, Infrastructure, Transport and Tourism 17 times in total (as of FY 2017), which is the largest number of times in the entire nation.
Its upper reaches are popular for nature observation, canoeing and sweetfish fishing. The area around the Pirika Dam is used for events and sports.

River data
●Channel length
80 km
●Catchment area
720 km2
●Origin of the river name
The name Toshibetsu is thought to come from tu-shi-pet (large river between mountains) or tush pet (rope river) in the Ainu language. “Shiribeshi” was added to distinguish it from the Toshibetsu River in the Tokachi subprefecture.
* Reference: Hokkaido Place Names (YAMADA Hidezo)