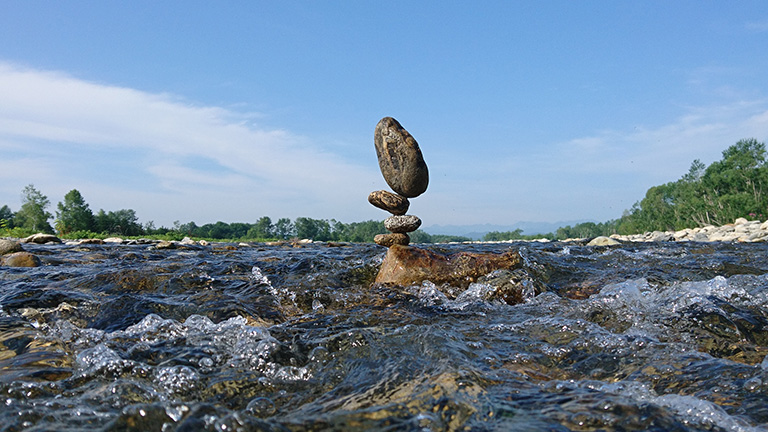 The Satsunai River has its source in Mt. Satsunaidake of the Hidaka Mountains and merges with the Tokachi River in the central part of the Tokachi Plain. Its basin with a rich natural environment is known for rainbow trout fishing, which has many fans visiting from all parts of the nation. There are many rainbow trout downstream and dolly varden trout upstream of the Satsunaigawa Dam. It is a river for intermediate to highly experienced travelers as there are no trails around the river.
Keshoyanagi (Chosenia arbutifolia) that has been designated as a natural monument by the Hokkaido government is distributed widely by the river, forming a landscape unique to the Satsunai River. It also has one of the clearest streams in Japan, where the meandering netlike flow through the extensive gravel riverbed can be observed. The Pyotan Falls in the Satsunai Enchi campsite is a popular spot among tourists for the view of water falling with the Hidaka Mountains in the background.