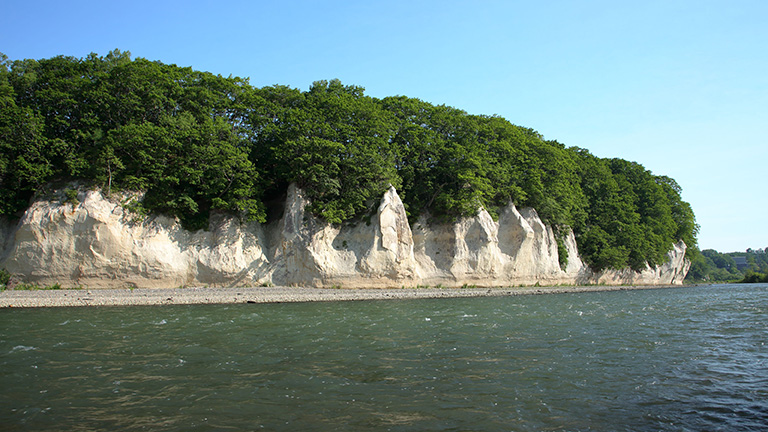 The Toshibetsu River, which has its source in the mountain at the border between Rikubetsu and Oketo towns, flows through Ashoro, Honbetsu and other towns and across downtown Ikeda and merges with the Tokachi River, and is the largest primary tributary in the Tokachi river system.
In Rikubetsu Town in its upper reaches known as Japan’s coldest town, cold-themed events are held every year. Ikeda in the lower reaches is known as a town of wine and is a popular tourist spot along with Obihiro City.