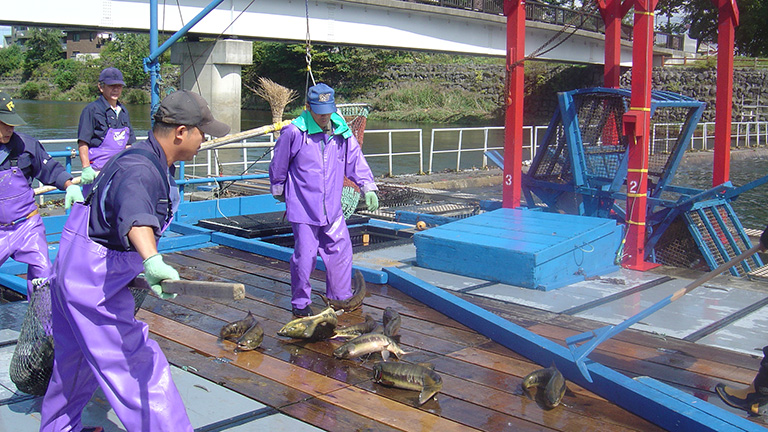 The autumn tradition of the Chitose River!
An Indian water wheel that catches salmon with a unique fishing method! 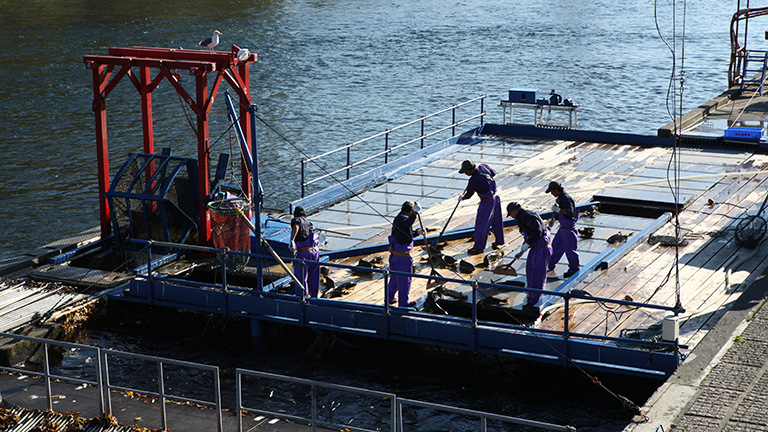 The Indian water wheel is an autumn tradition of the Chitose River.
It is set up to catch adult fish as a salmon breeding business.
It is a mechanism to dam the river with weirs, leave a fishway in only one place and catch the salmon that enter there with a water wheel.
Many people, including Chitose citizens, are now coming to see how salmon are being caught. The origin of this water wheel’s name is not the indigenous people of the western United States. Kazutaka Ito, who became the first chief of the Fisheries section of the Hokkaido
Prefectural office introduced to Japan what he saw on the Columbia River on the west coast when he went to the United States to investigate the fisheries situation in 1886. The name comes from the fact that it was used on the Columbia River, where the Indian district is located.

There are Indian water wheels in other areas of Hokkaido, but they all use electricity. Only the ones installed in the Chitose River are rotating purely by the power of water. The constant flow of this river allows us to use this fishing method.