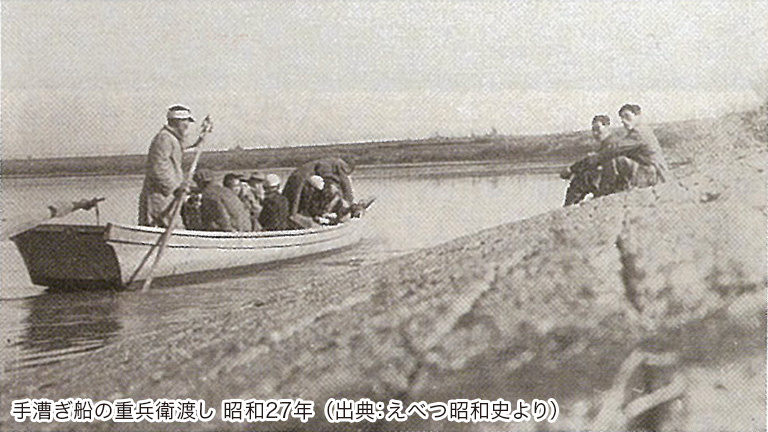 Many ferryboats used to come and go in the Ishikari River, and it is said that there were nearly 150 ferry ports at the peak. Among them, “Jube Watashi” was run by Takeda Jube, who moved from Fukui prefecture to Ebetsu village in 1889.
Jube went back and forth along the Ishikari River on a dugout canoe and was popular as a means of transportation for residents. It became a formal “Watashi” with the Hokkaido Government’s permission in 1894 and was a key point of transportation until 1920 when the Ishikari Ohashi Bridge opened. 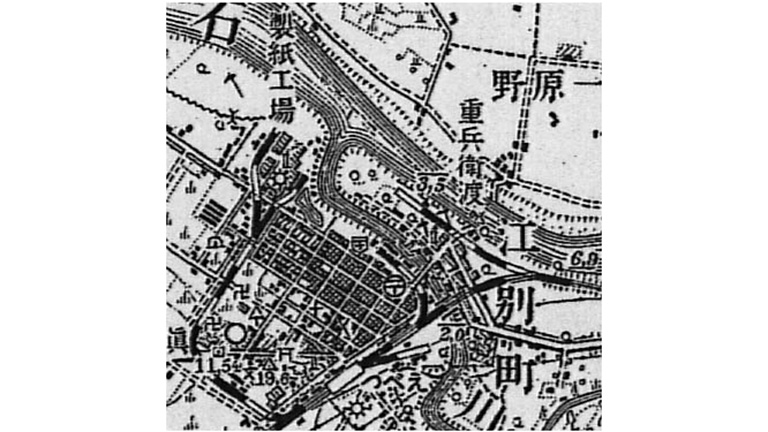 Jube Watashi was abolished in March 1971, and an explanation board is currently installed on the site. Also, at the “Ebetsu River Flood Fighting Station” built near the place where the ferry ports were located, a full-scale replica of the steamship “Kamikawa Maru” that was navigating the Ishikari River until 1935 and the river and townscape of the Meiji era You can learn about the situation at that time with the restored diorama. 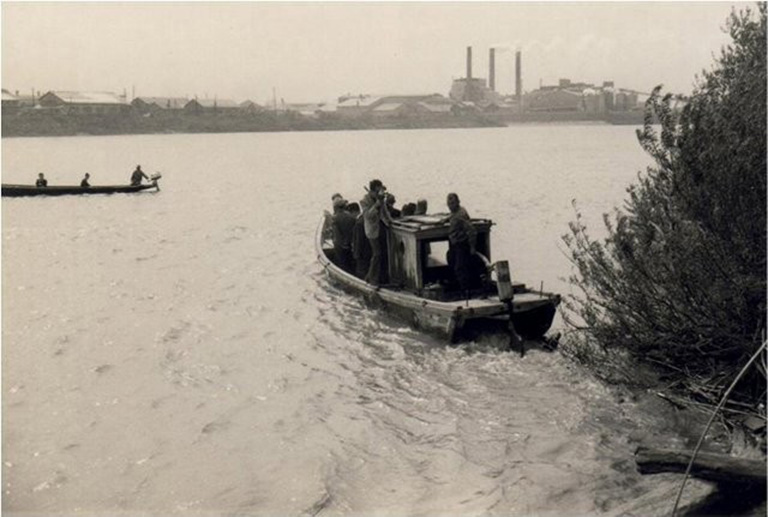 May 27, 1970, Jube Watashi abandonment ceremony (near the confluence of the Ishikari and Ebetsu rivers) Provider / Kaname Honda (Source: “Ishikarigawa no Kioku”) 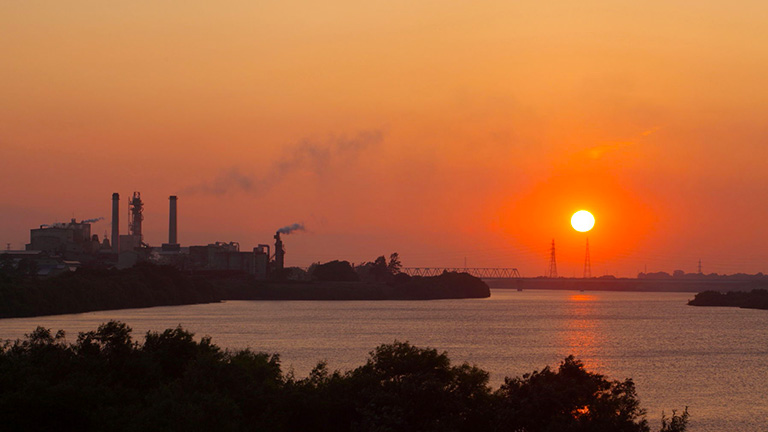