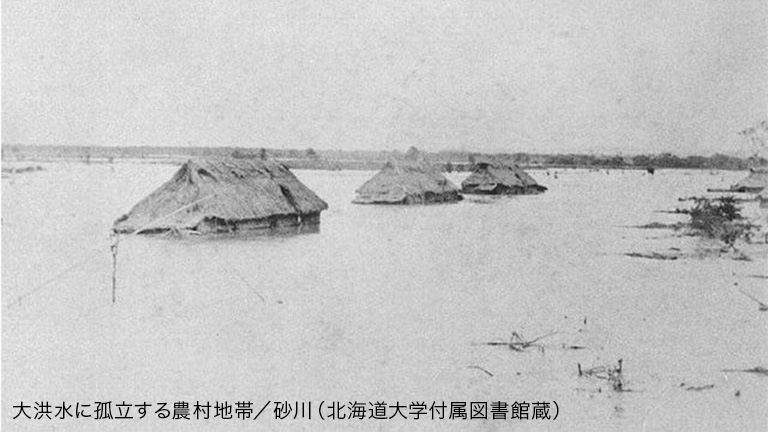 ［A Journey into the History of Rivers and Watersides ◆History of Floods］
The 1898 Floods Triggered the Formulation of a Flood Control Plan.

With the Meiji Restoration, Hokkaido’s development was promoted by the Kaitakushi (Hokkaido Development Commissioner), and the number of immigrants increased. In particular, the Ishikari River basin saw an increase in immigrants’ number, accounting for half of Hokkaido’s total population. (The population of Hokkaido in 1898 was approximately 850,000.)
In September of 1898, heavy rainfall of 71.5 mm in 12 hours caused a major flood. The Ishikari Plain was almost completely submerged, creating a huge mud sea about 40 km wide and 100 km long. 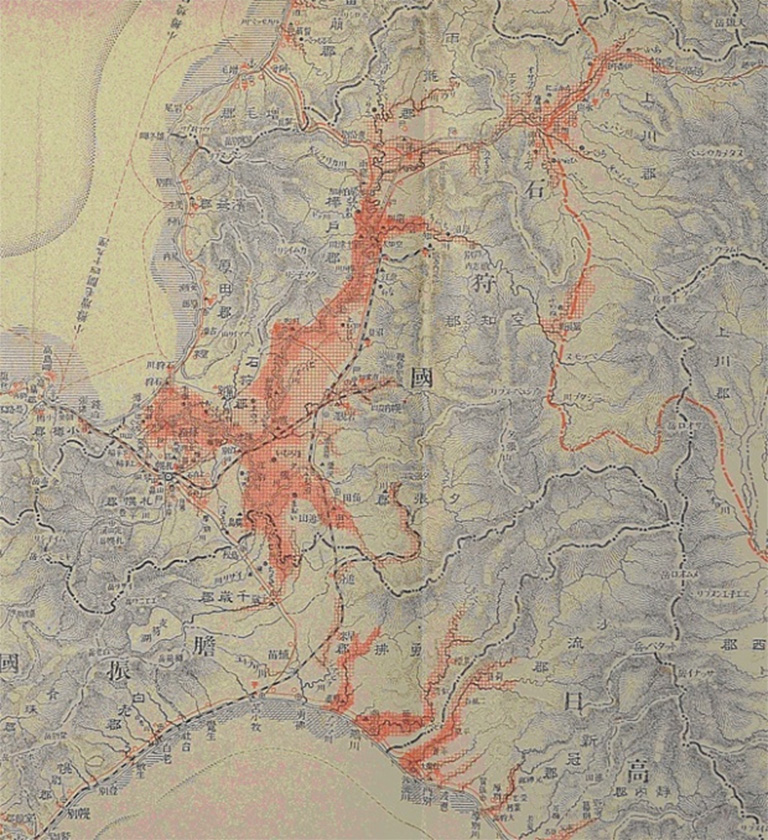 Flood inundation area in Meiji 31 (from “Outline of the Meiji Hokkaido Floods, Supplementary Map” ( Hokkaido Prefectural Library Collection))
* The area highlighted in red is the area that was inundated.

This flood almost completely wiped out all crops and washed away the bridges built and the railroad tracks that had just been opened, resulting in damage so great that it set back Hokkaido’s development. 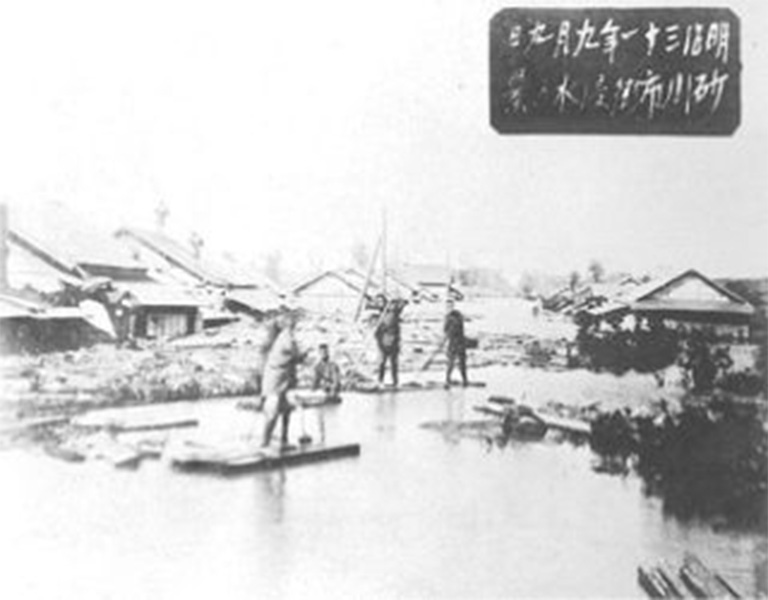 The flood of 1898 led to the Hokkaido Flood Control Research Association’s immediate establishment, which began research to formulate a flood control plan for the Ishikari River.