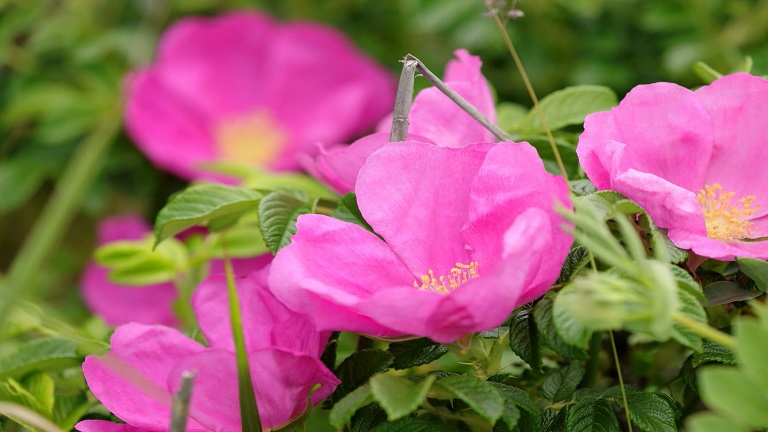 ［Capturing the Rivers of Hokkaido!］
The Mouth of the Ishikari River
Ishikari Lighthouse and Hamanasu no Oka Park

When the first lighthouse was built, the Japan Sea and Ishikari River seemed to meet near the lighthouse. But, now, more than 100 years later, it has been extended about 1.5 km further due to the sediment carried by the Ishikari River and the waves of the Japan Sea.
At Hamanasu no Oka Park, where the sand spit spreads out, you can enjoy flowers such as Hamanasu and ezosukashiyuri from spring to autumn. 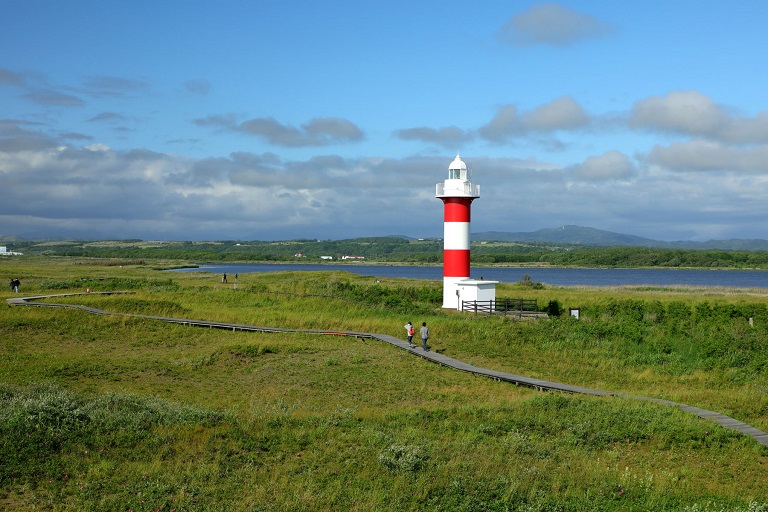 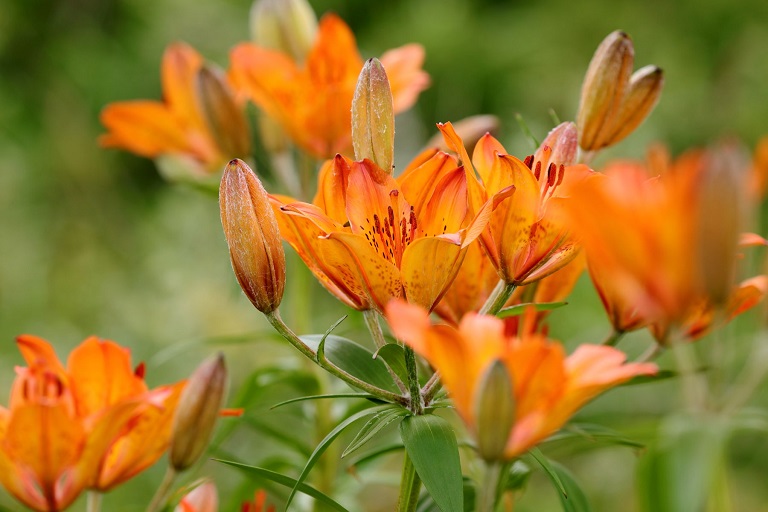 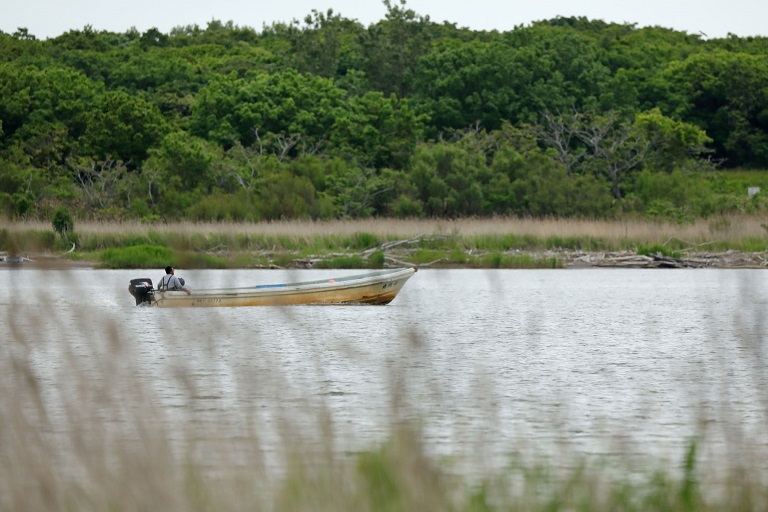 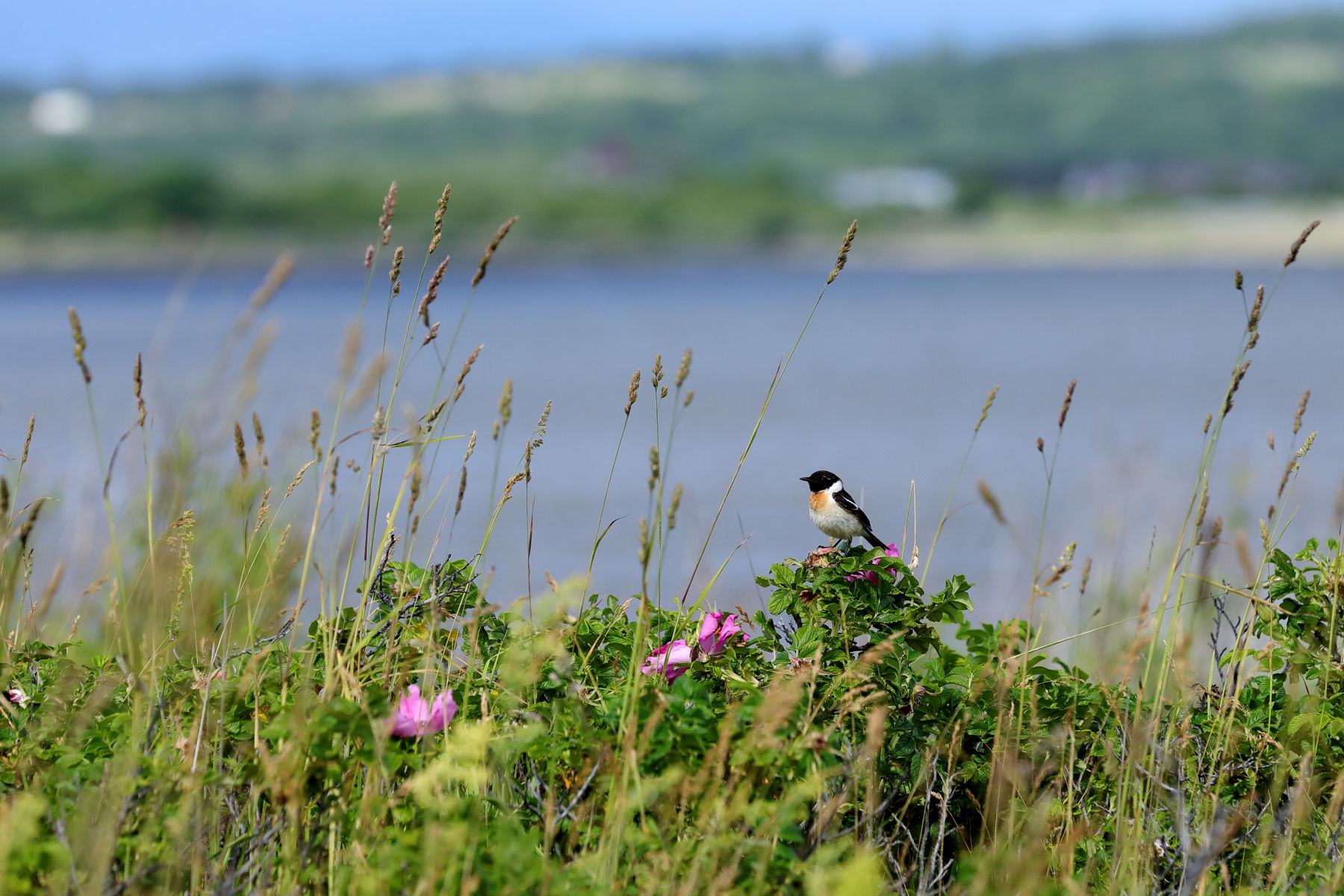 A Siberian stonechat flies around hamanasu 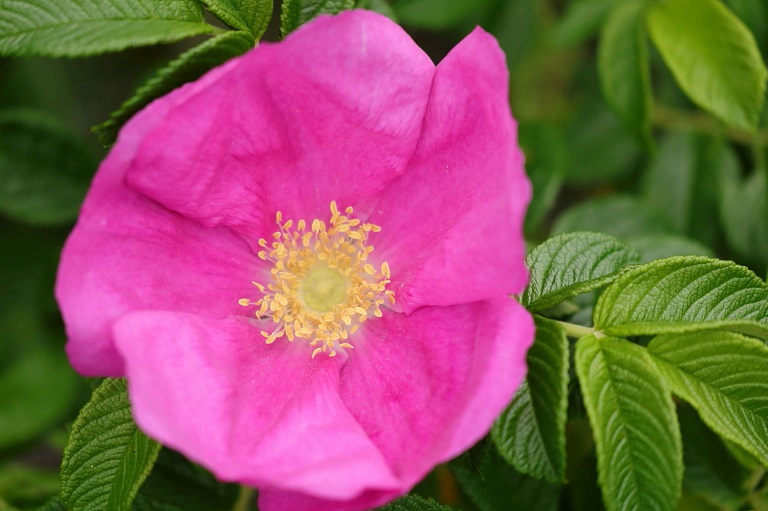 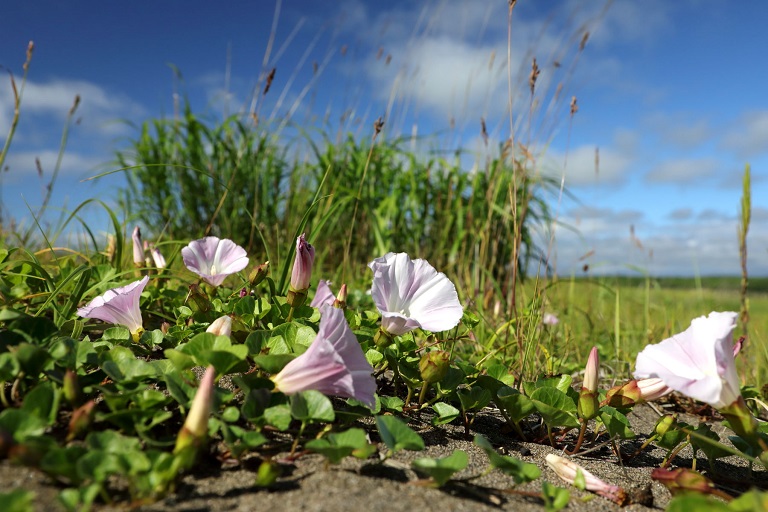 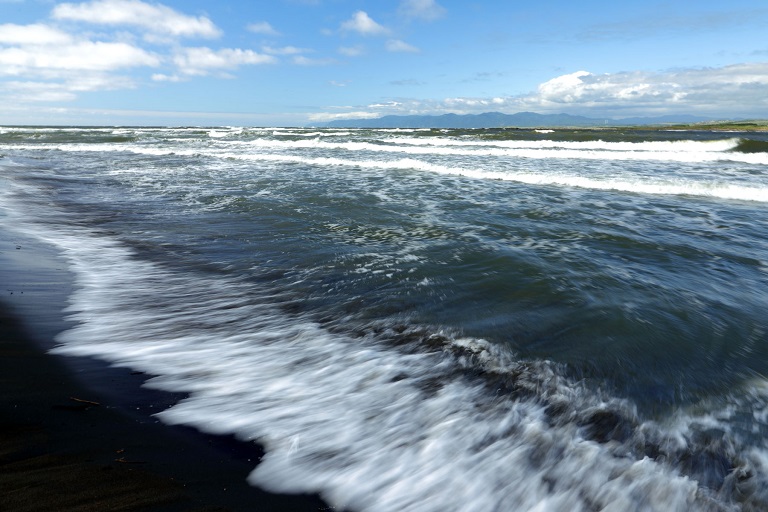 The Ishikari River and the Sea of Japan 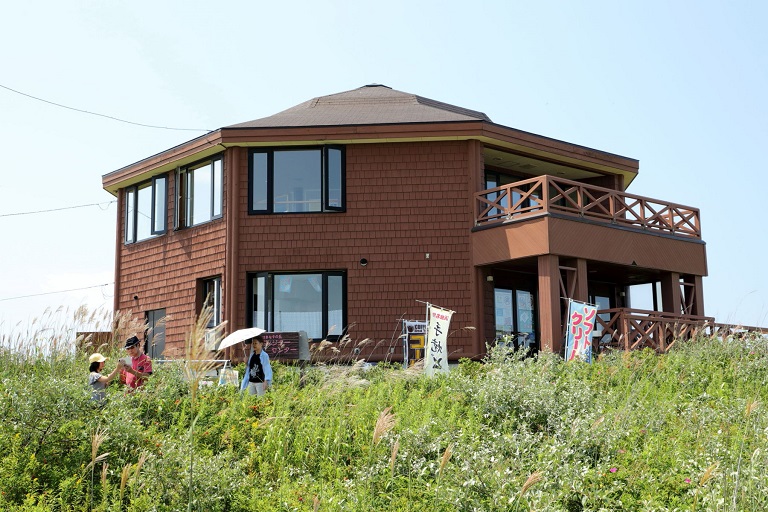 The Visitor Center, where hamanasu soft-serve ice cream is popular