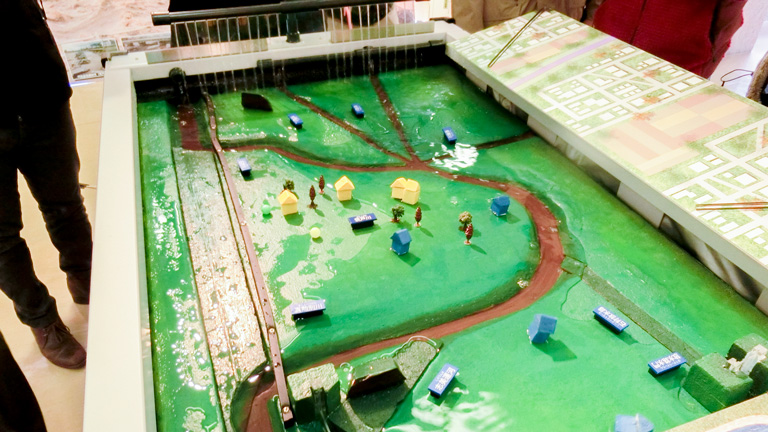 On Saturday, October 24, I participated in the 1st Hokkaido-gaku Infrastructure Tour.

The tour was organized by the nonprofit organization “Hokkaido-gaku Promotion Forum” to let people know the history of the construction of short-cut in the Ishikari River, one of the three major rivers in Japan.
The participants were nine teachers from elementary and junior high schools around Ishikari City. Although the temperature was cool on the day, it did not rain, and all the programs could be conducted.

After the participants gathered in the morning, the bus departed for the first destination. On the bus, after a greeting from the organizer, the participants introduced themselves. Next, a lecturer from the Hokkaido Regional Development Bureau gave an overview of the Ishikari River, its origins, the history of flood control projects, and changes in land use. 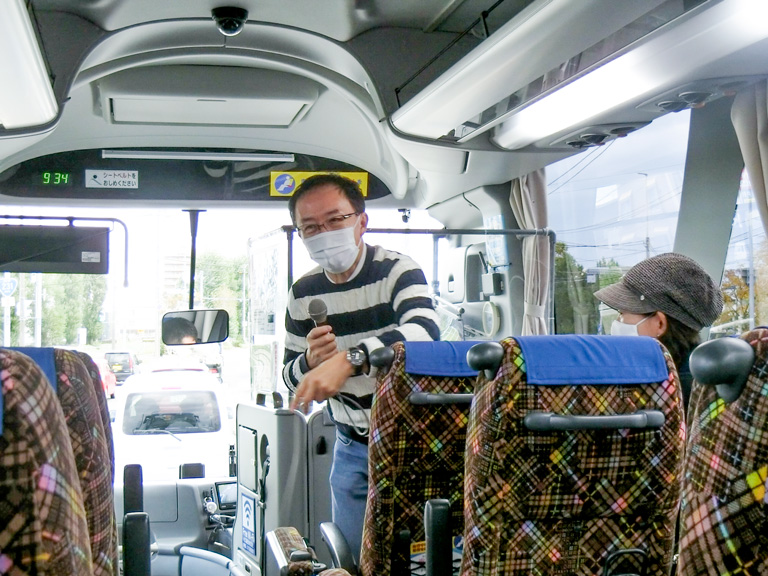 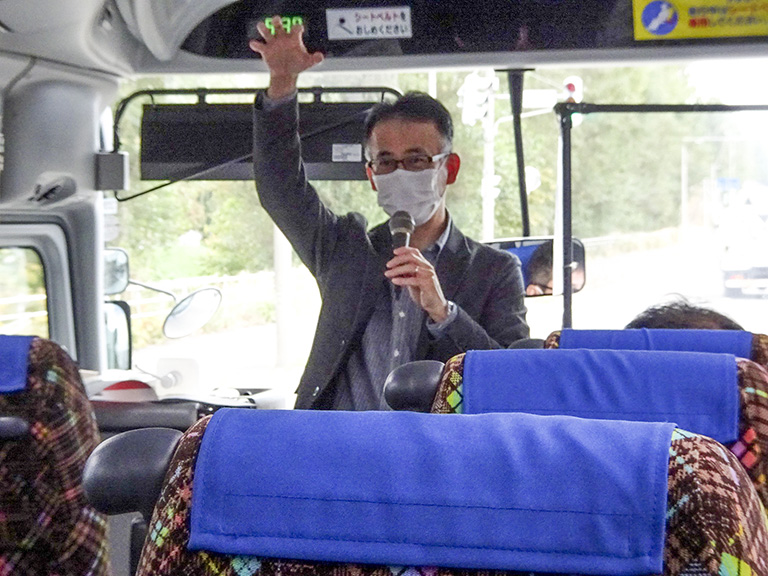 We arrived at our first destination, the “River Museum”. At the museum, a former official of the Hokkaido Regional Development Bureau gave a lecture on the Ishikari River short-cut project, which contributed to the development of Hokkaido, and on the Ishikari flood bypass, a flood control measure. The explanations were given using exhibits in the museum, and the participants listened attentively. 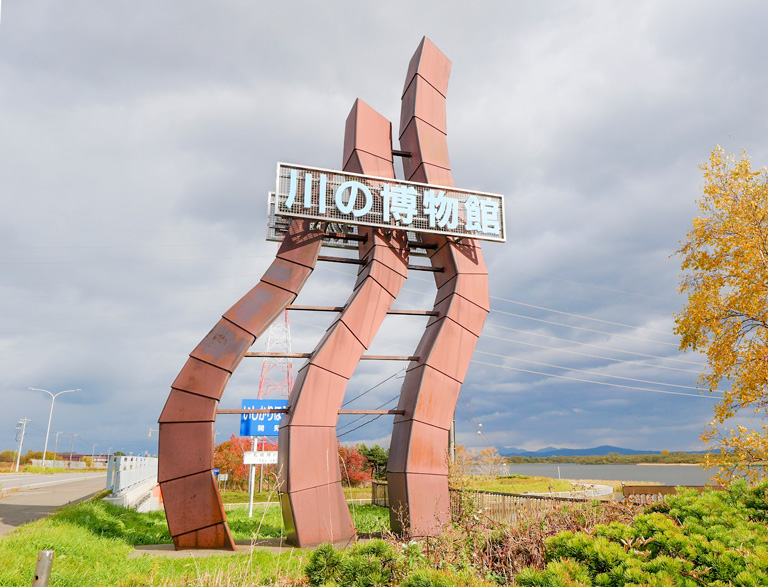 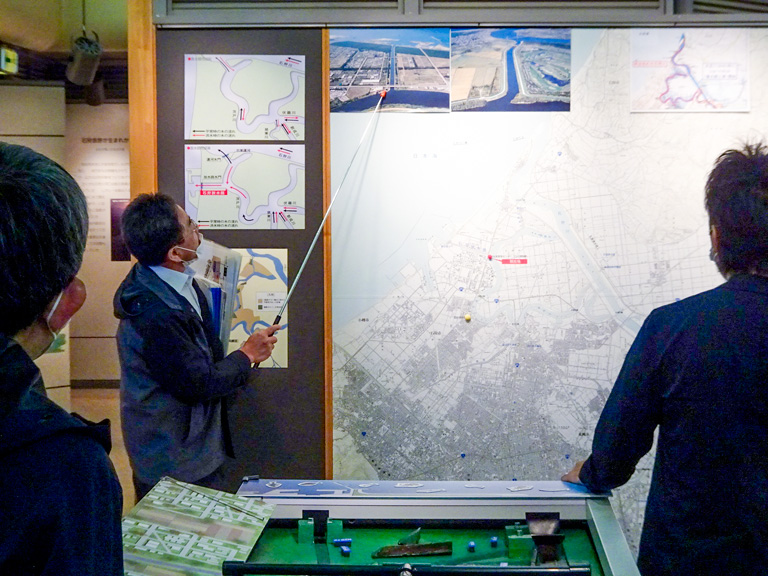 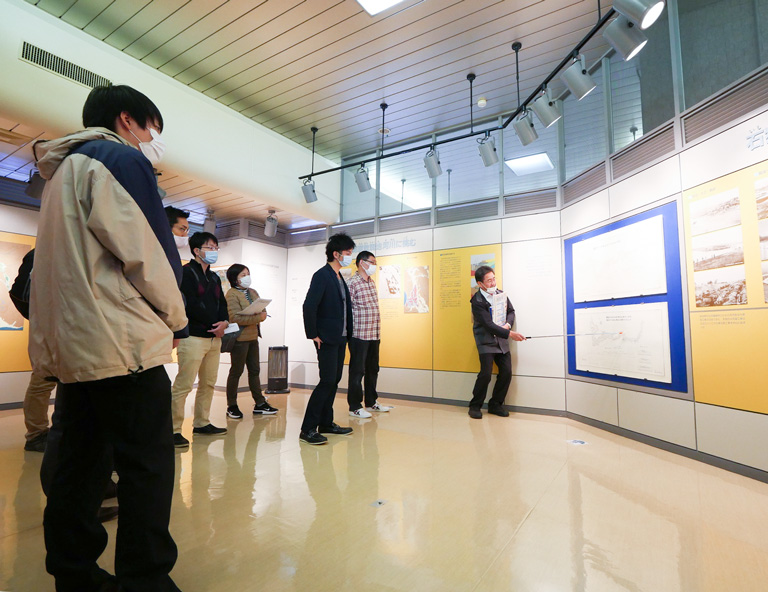 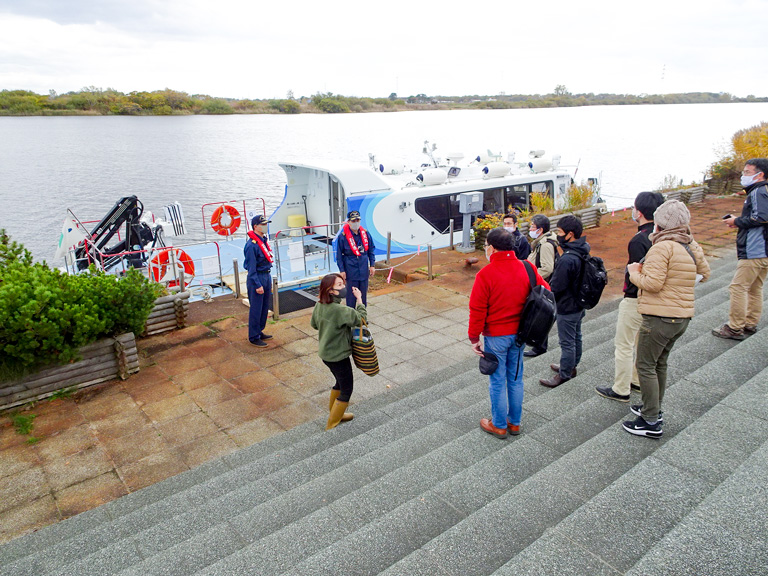 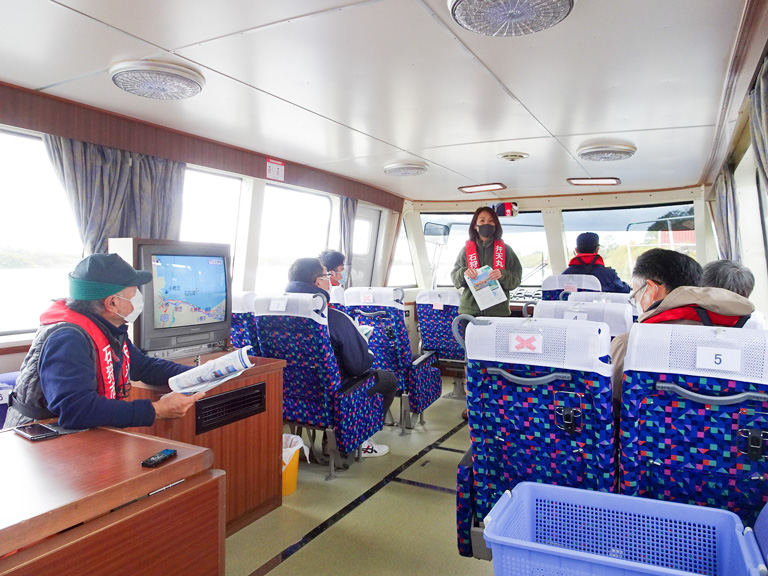 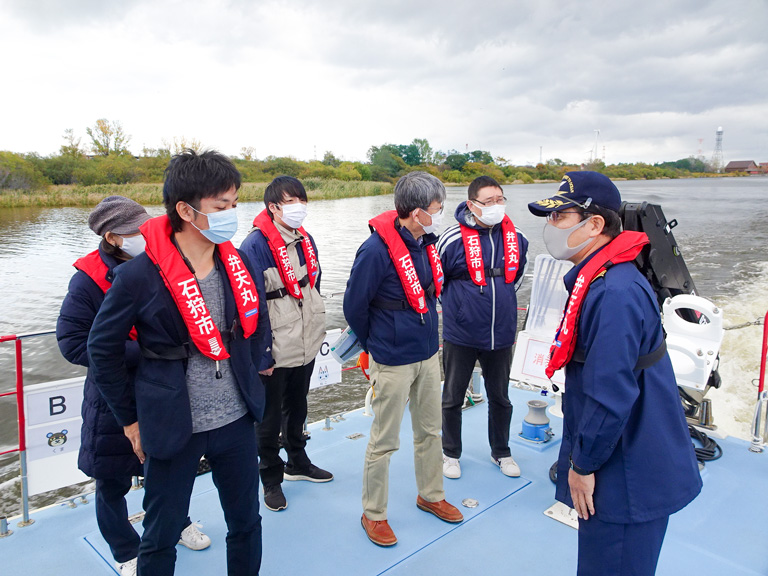 After the Benten Maru boat ride, participants returned to the River Museum to see a model of the barato River, learn how floods are treated, how water quality is improved, and a model of how short-cut works. 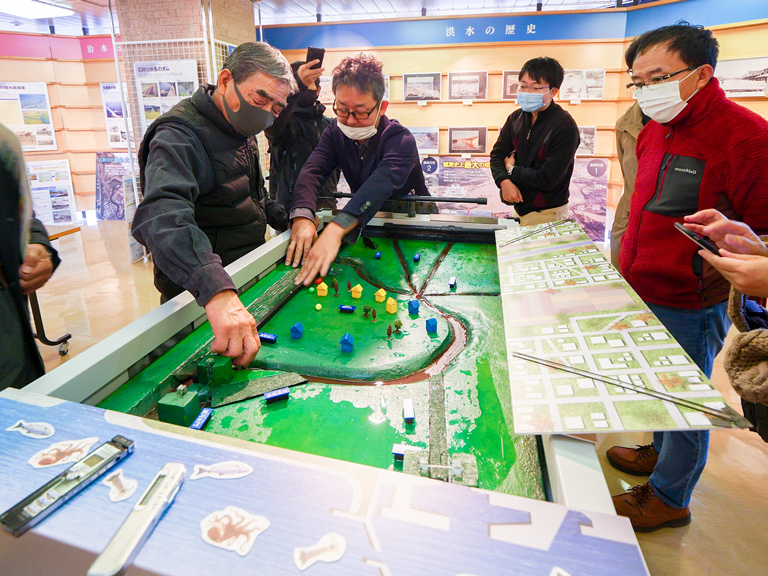 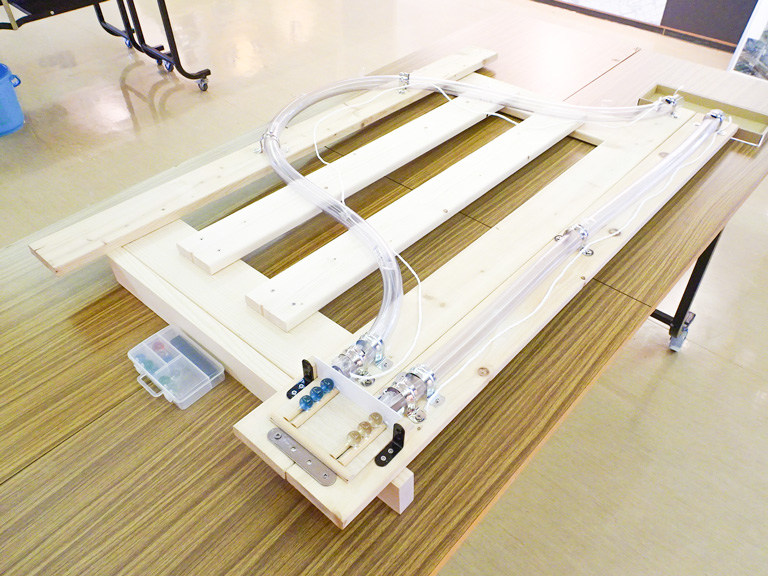 They also observed with interest the Okazaki-style block mattress, a concrete block invented by Dr. Bunkichi Okazaki, the “pioneer of the Ishikari River flood control.” 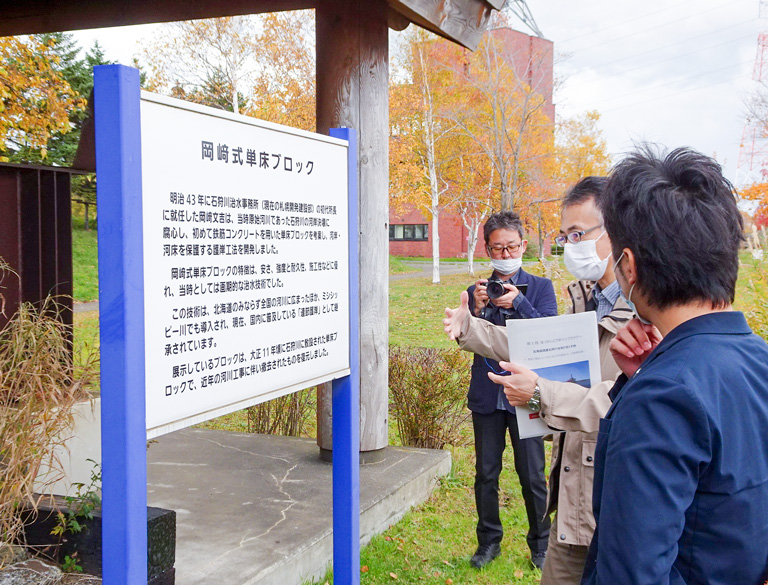 After the morning program at the River Museum, we had lunch at the Sato Suisan “Salmon Factory” restaurant near the museum. The participants enjoyed the meal, tasting the tastes of autumn. 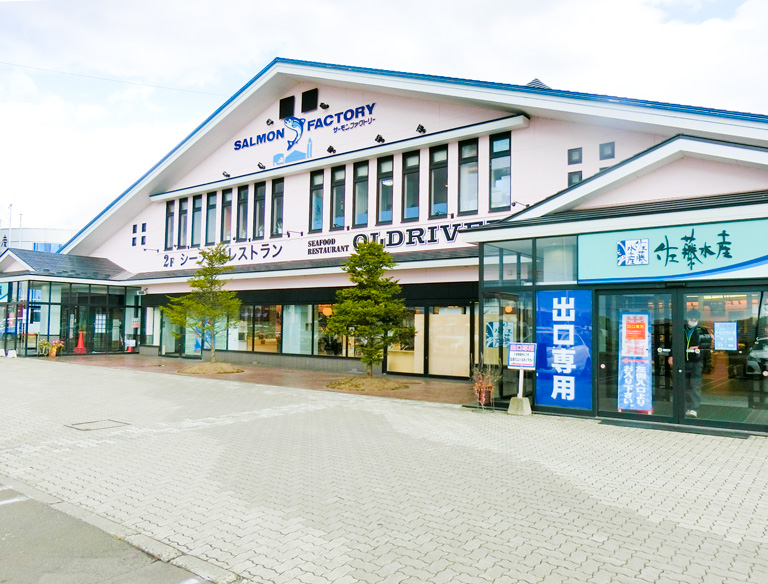 After lunch, the group got on the bus again and visited the Ishikari River’s “Oyafuru Shosuiro,” the first and largest short-cutt construction project, from the window of the bus. The participants who actually saw the Oyafuru Shosuiro were able to realize the scale of the project and the difficulties of construction in those days. 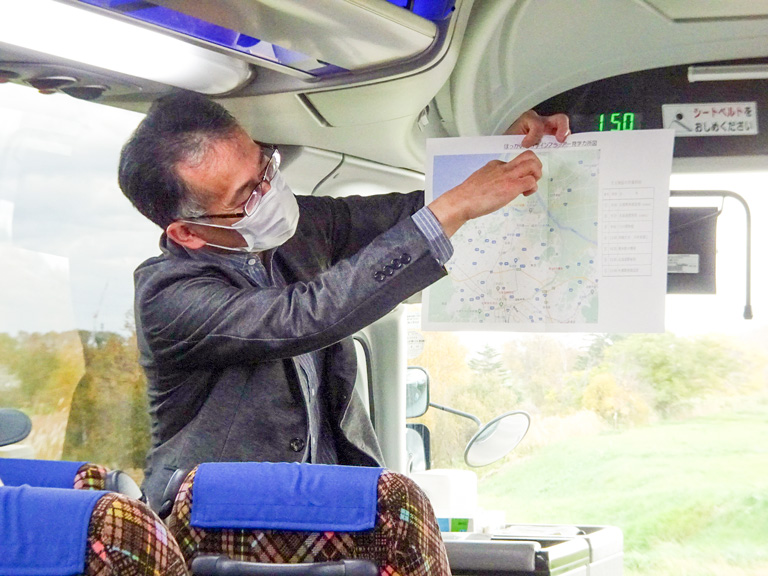 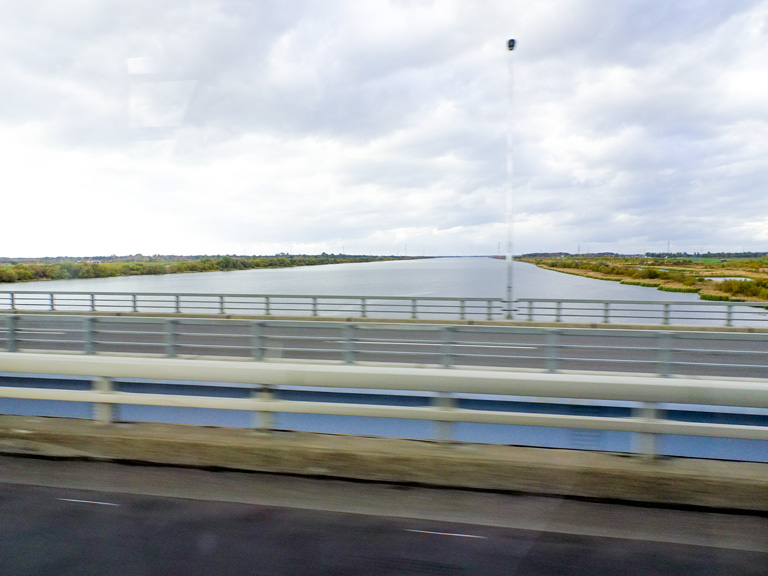 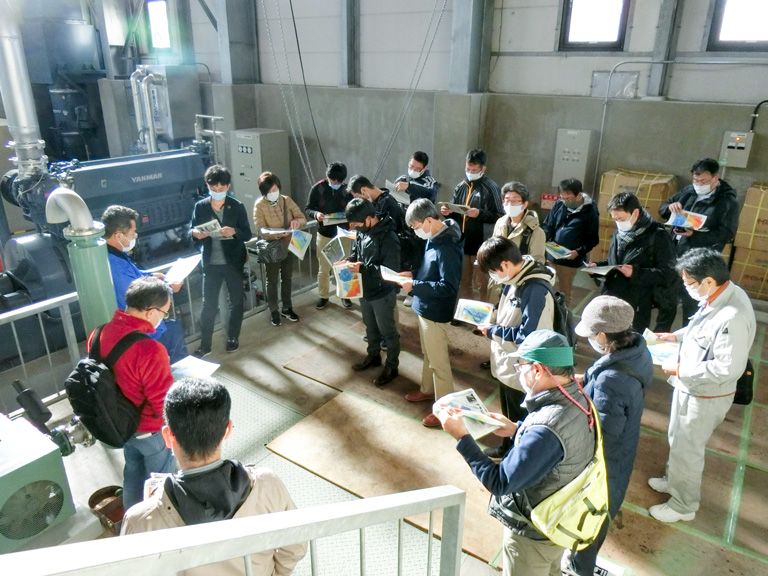 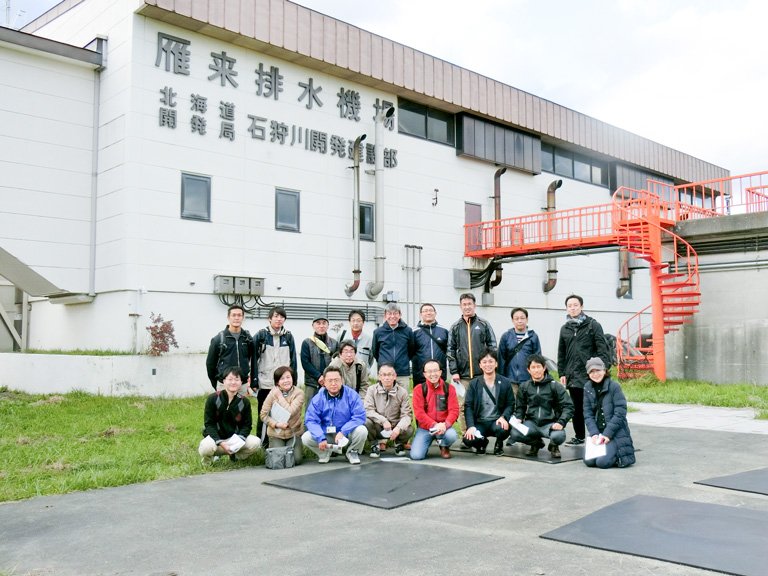 After the Kariki drainage pumping station tour, the program was completed, and the participants returned home by bus. I hope there will be more opportunities like this in the future, so that not only the people involved but also the general public can learn about the importance of infrastructure development.