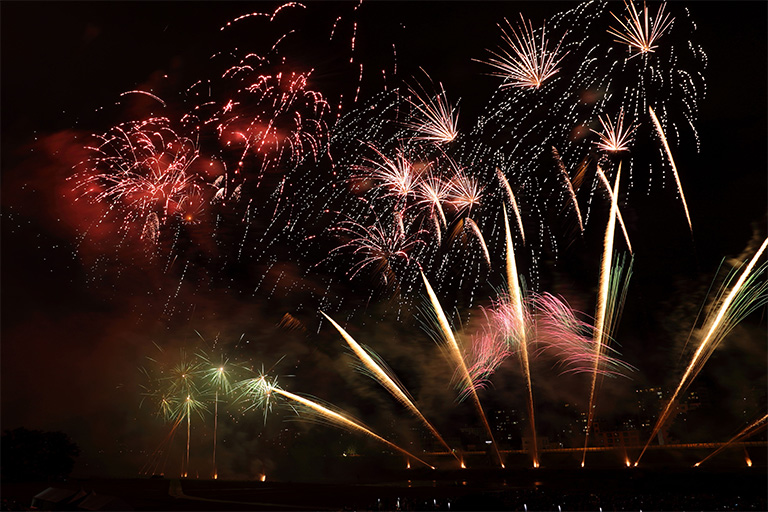 Friday, July 26, 2019
A summer feature in Sapporo!
I went to the Doshin/UHB Fireworks Festival on the Toyohira River.
The Toyohira River runs through the center of Sapporo City. The annual fireworks festival is held on the banks of the river. This year’s event was the 64th. Many people look forward to this event. Water and fireworks, especially rivers and fireworks, have a close relationship. A typhoon threatened the event, but once the decision was made, despite the light rain, the viewing areas were quickly filled with people in yukata and people with drinks in their hands. 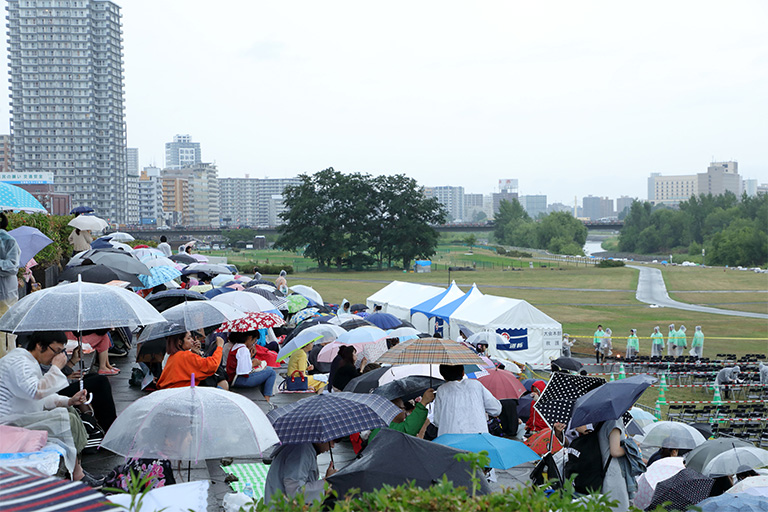 As it got darker and darker and the expectation grew, the fireworks went off at once with the loud sound. Both sides of the venue are lined with hotels and office buildings, and the sound of the fireworks reverberates, creating a powerful atmosphere. About 4,000 fireworks lit up the night sky, and the cheers and sighs of the spectators echoed in the air. 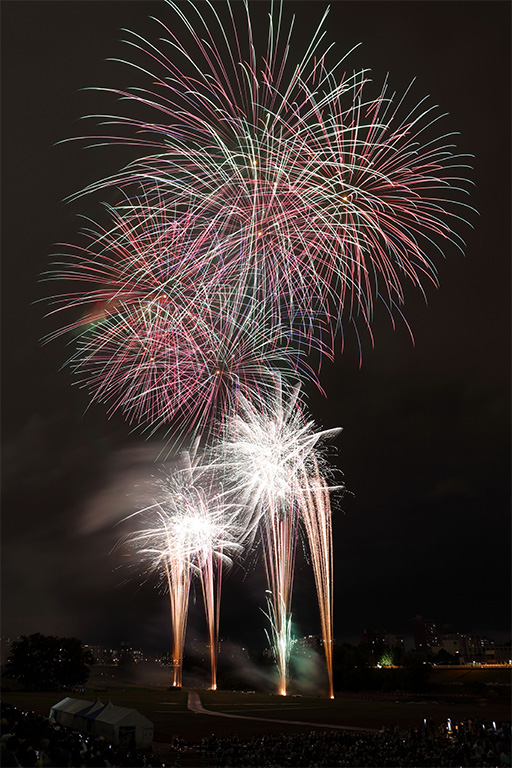 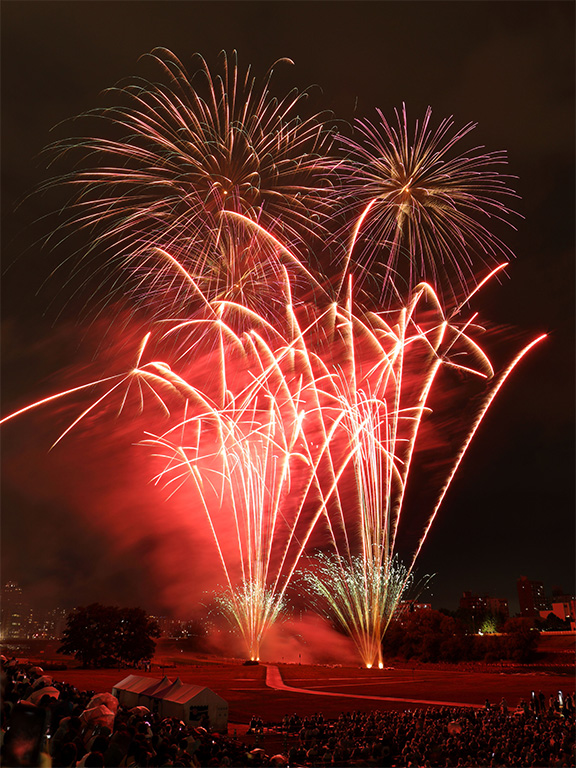 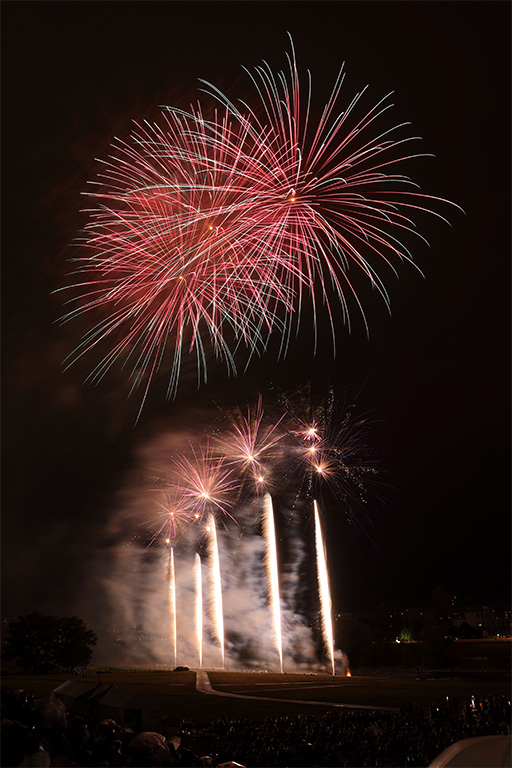 After the fireworks, the area was crowded with people, and the police were directing traffic at the intersections. Thank you for your hard work. I wonder if they were able to see the fireworks. Since the event was held near Susukino, many people headed in that direction, and Susukino must also have been crowded. 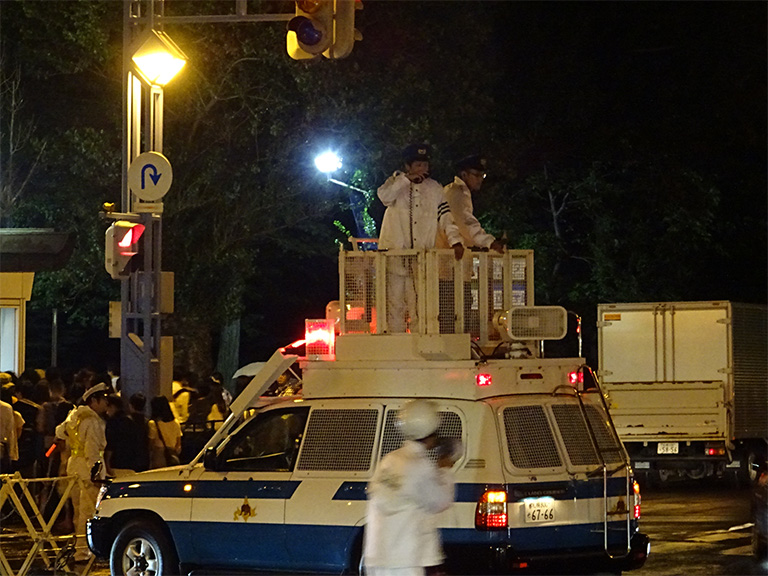