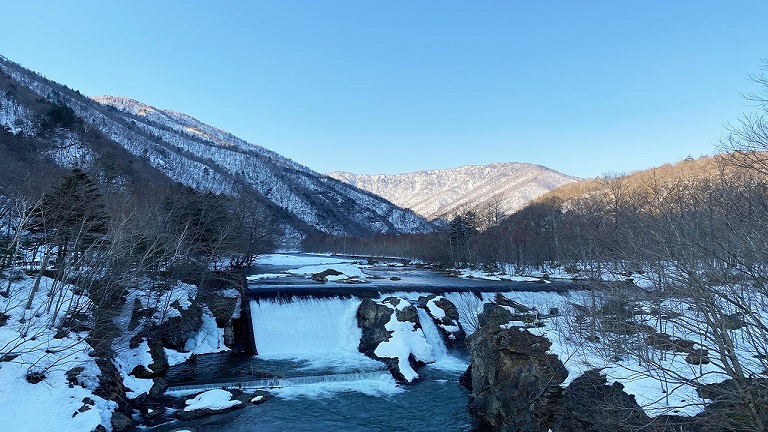 In search of melted snow, we went to the “Satsunai-gawa Enchi ” in Nakasatsunai Village, located in the upper reaches of the Satsunai River. There is still snow on the rocks, and the temperature is still minus in the morning, but the mountains and the sky show that spring is approaching. The Pyotan falls, covered in ice during the harsh winter months, its ice had been melting and flowing with abundant water.
There is a small tributary that flows into the Satsunai River in the Satsunai-gawa Enchi, and that’s where I found what I was looking for. I piled up stones to commemorate the sound of the melting snow flowing down the frozen riverbank.
This year, they introduced a new trailer house called “jyubako” made by snowpeak.! It’s going to expand the range of styles of use for the campsites on the property! 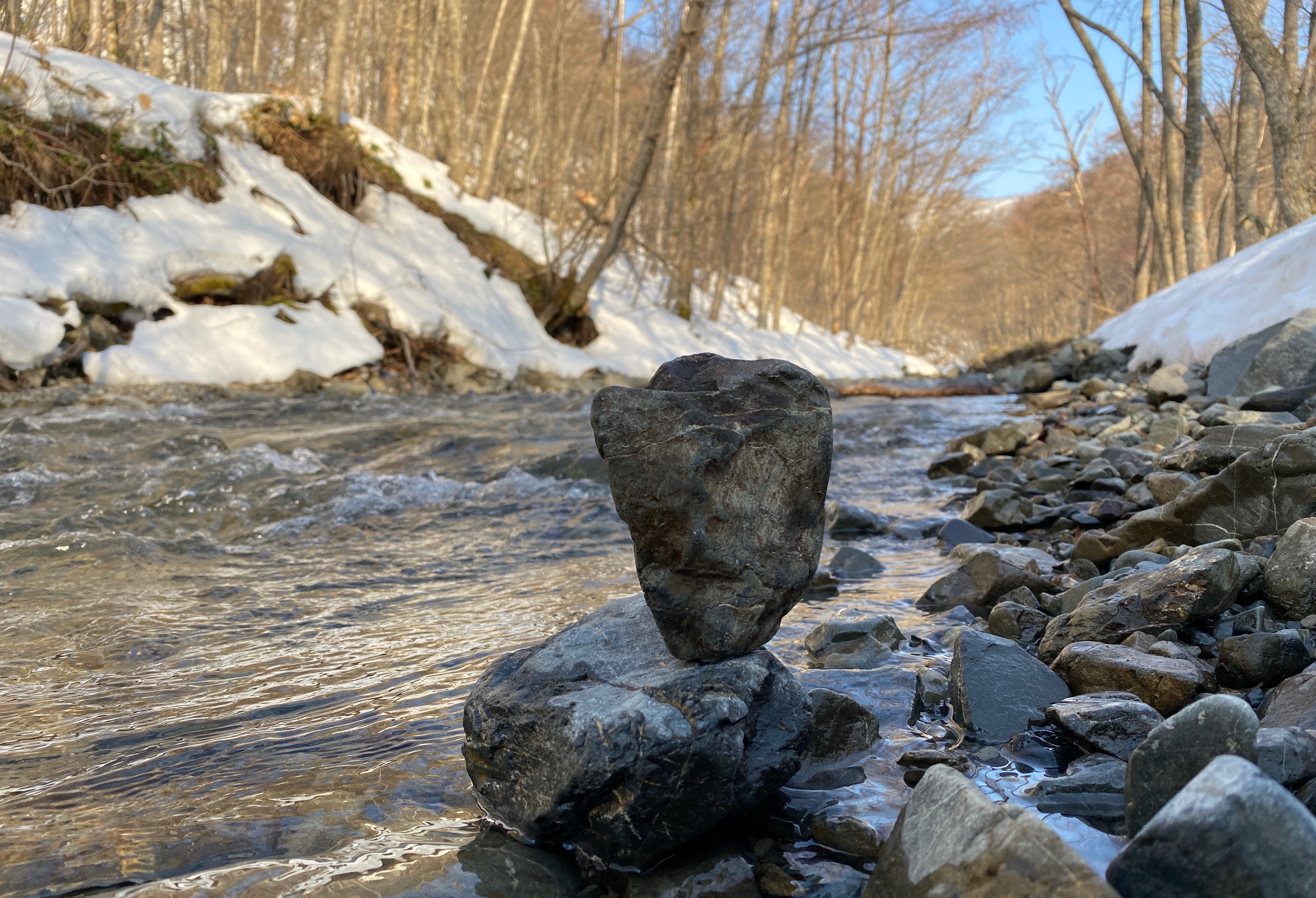