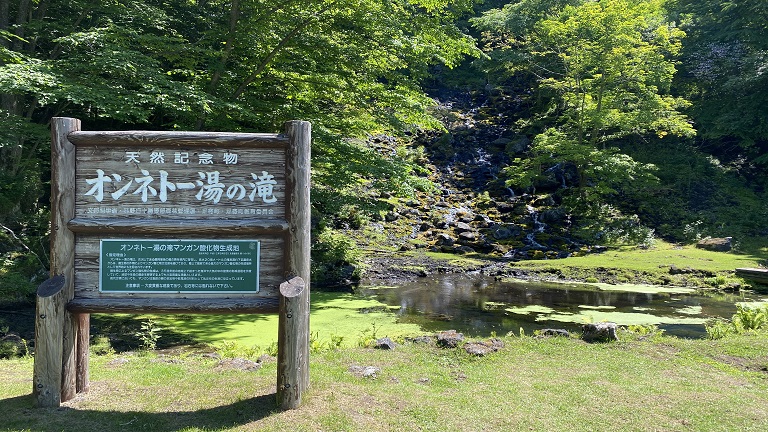 The emerald green Lake Onneto is located in Ashoro Town. At the end of the lake, there is a hot spring waterfall, Onneto Hot Falls, which is designated as a natural monument. The waterfall, which appears after walking about 1.4 km of a well-developed trail in the forest from the parking lot, is said to be the only place in the world where the phenomenon of manganese oxide formation can be seen above ground. This phenomenon of manganese deposits is often seen on the ocean floor, and this is the only place on land where it can be seen, which has attracted worldwide attention. In recent years, there has been an impact on the ecosystem due to the introduction of non-native species. And it is worth noting that the local community has worked hard to restore the original appearance of the area. 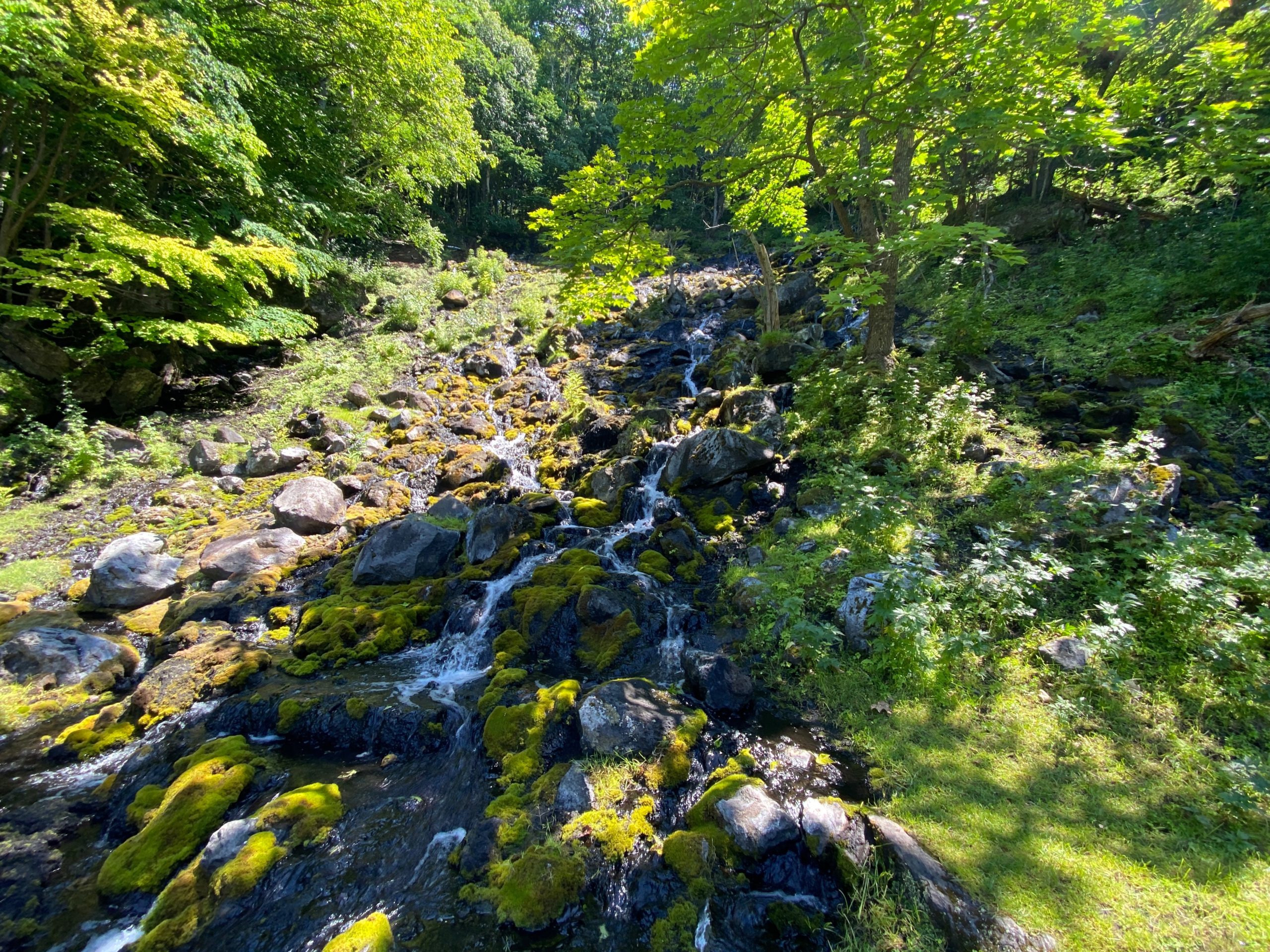 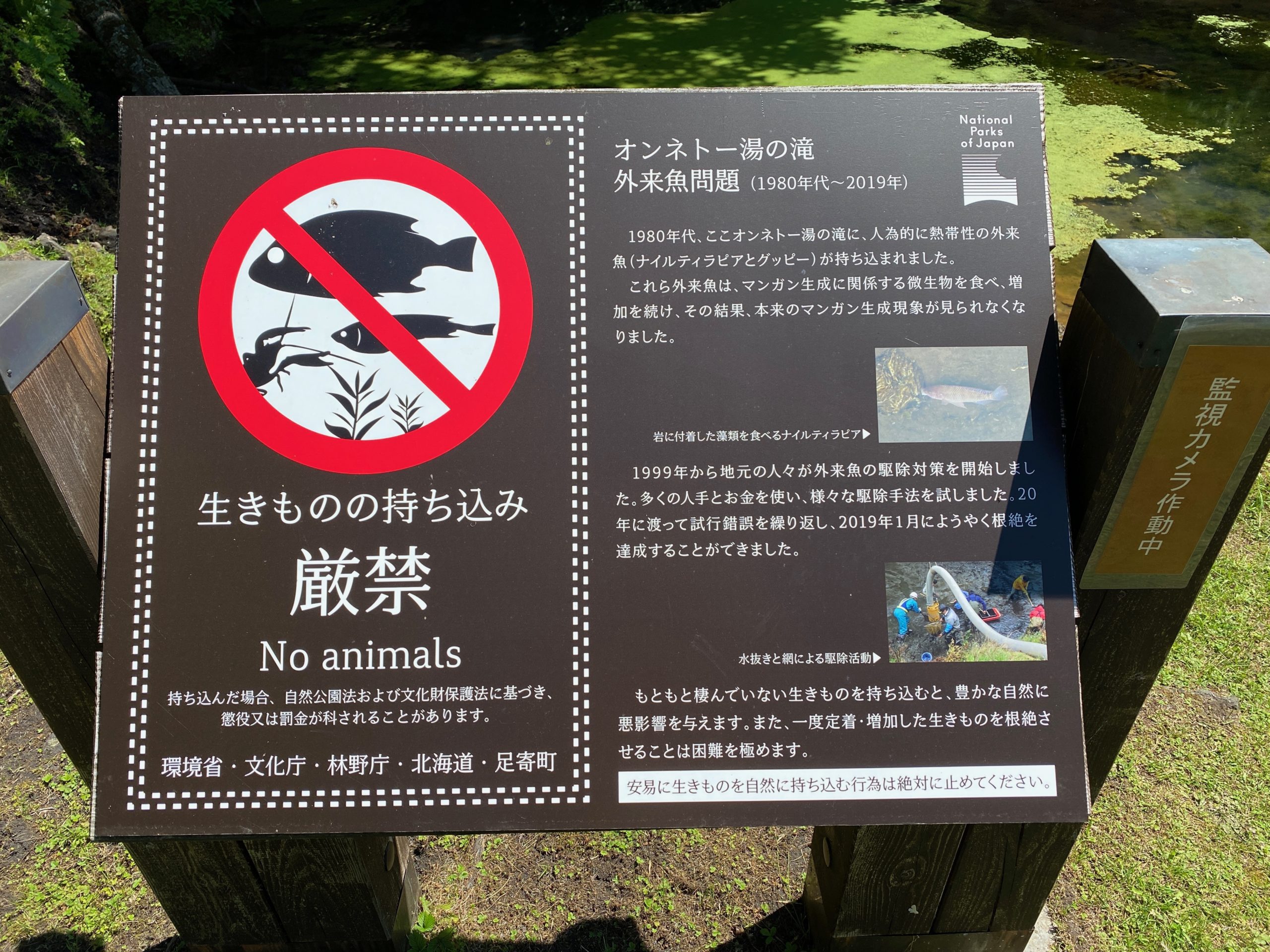