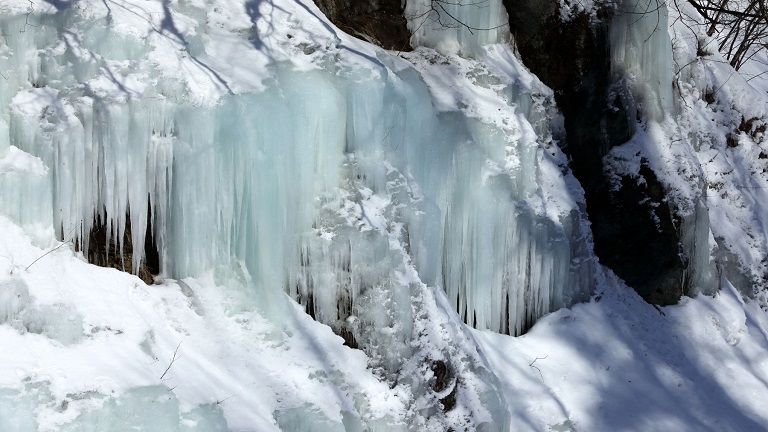 I visited the town of Takinoe, which has been selected as one of the “Forest Paths” in the “Beautiful Roads of Japan” and the “New Japan Walking Paths”.
In winter, the water seeping out from the rocks of the cliffs on both sides of the river forms magnificent icicles, and the snow and sub-zero temperatures seem to erode the Shokotsu River. 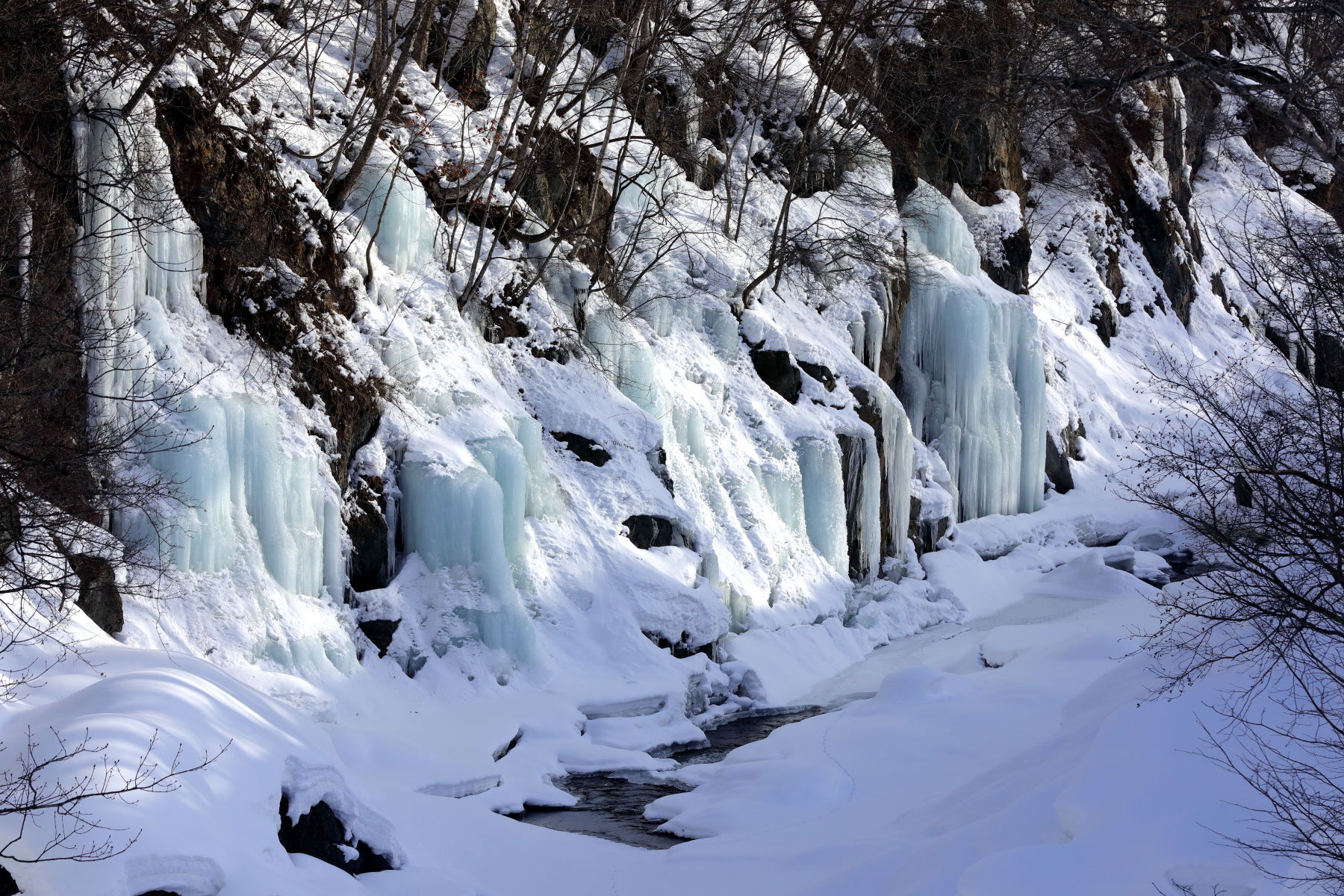 Ice pillars from the Keikoku bridge 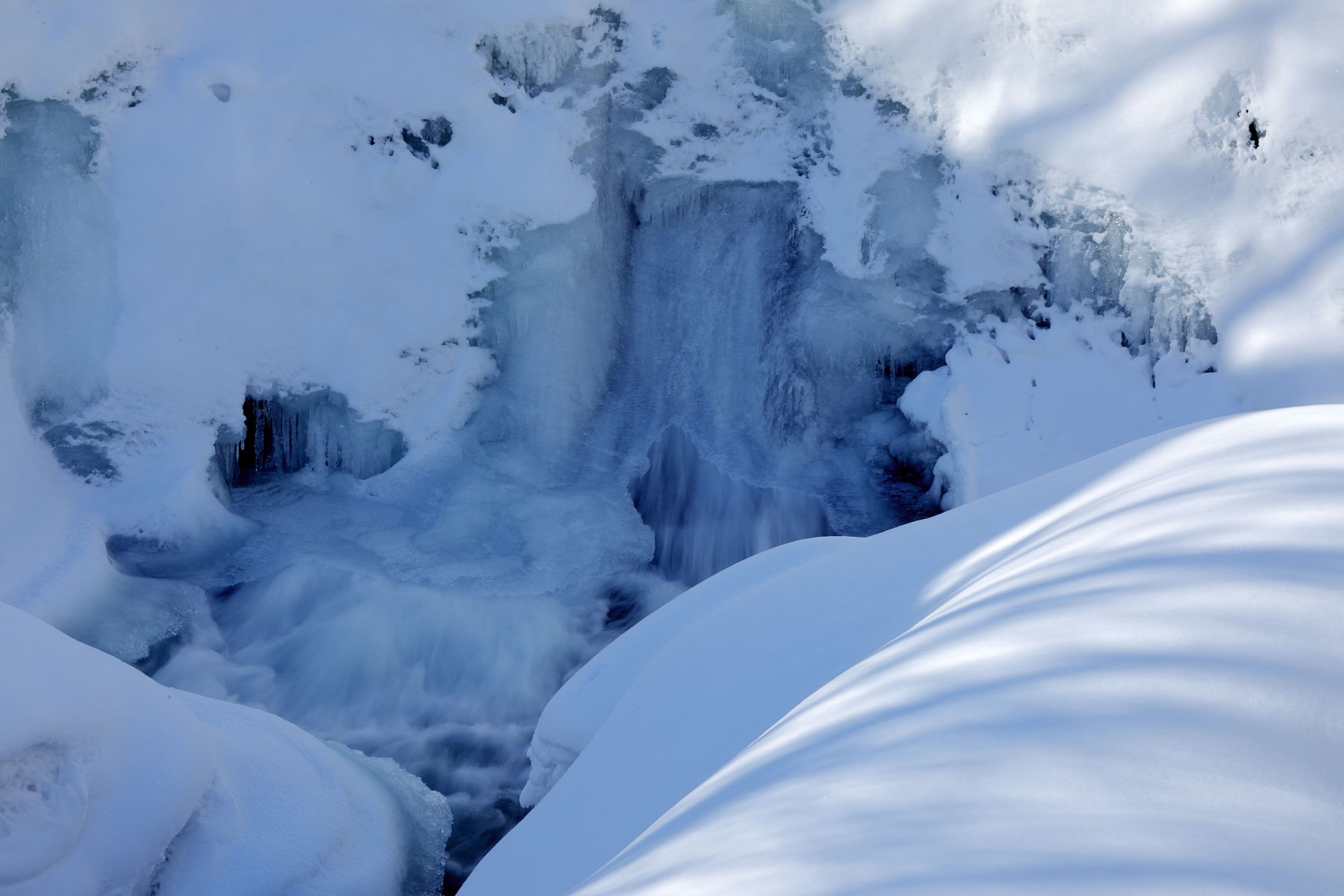 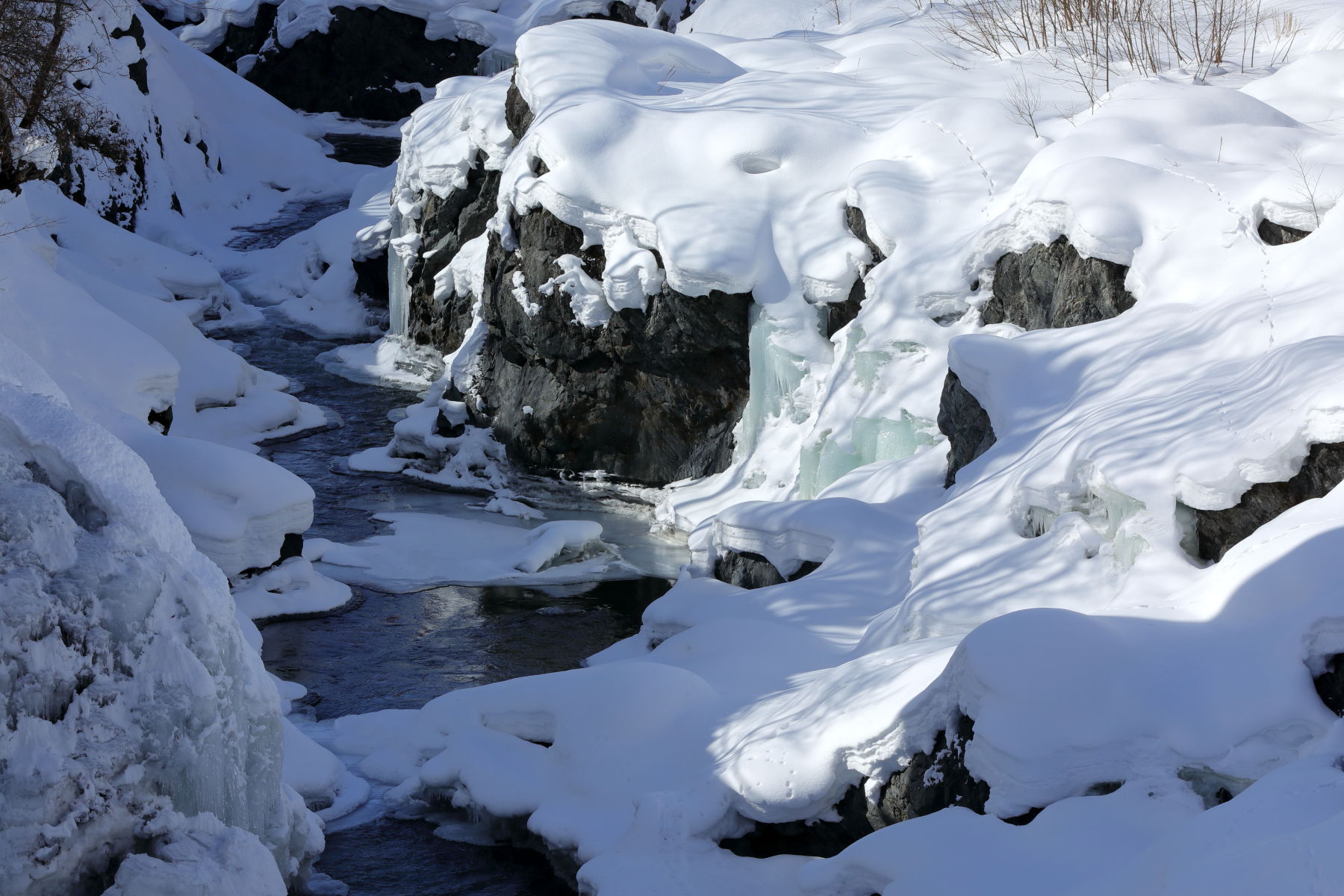