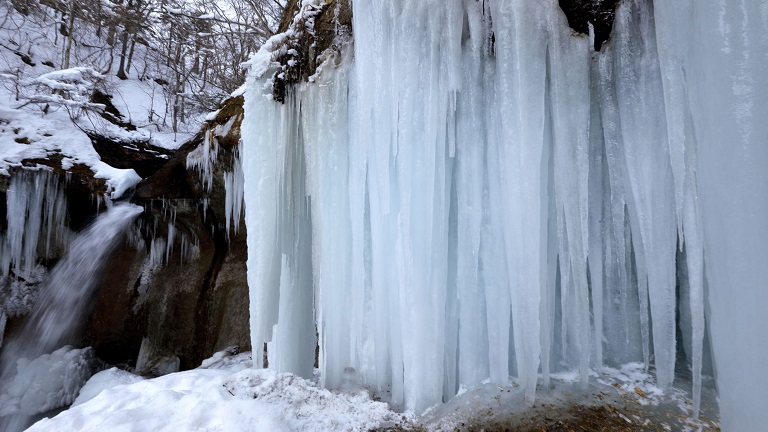 On January 28, I went to Nanajo Great Falls upstream of the Yufutsu River to see the ice fall.
The waterfall itself was strong and would not freeze, but the water seeping out of the surrounding bedrock created a magnificent icefall.
However, the scale of the waterfall is smaller than I imagined. Only nature knows if it is too early or too late…so I would like to go back again. 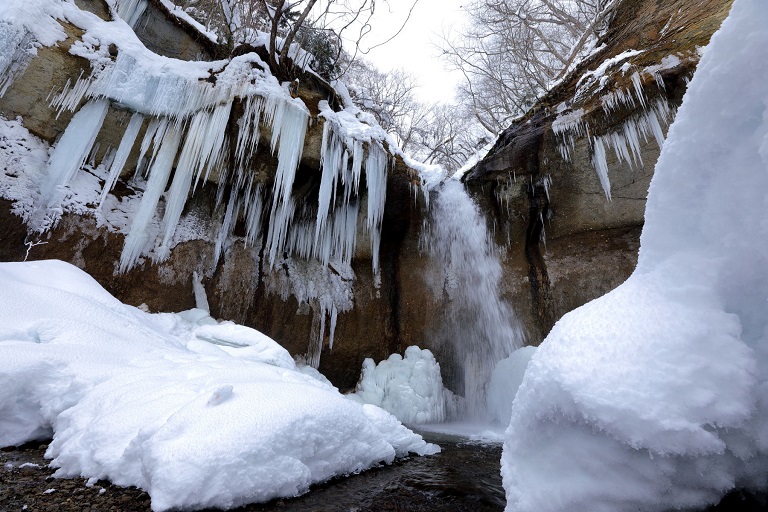 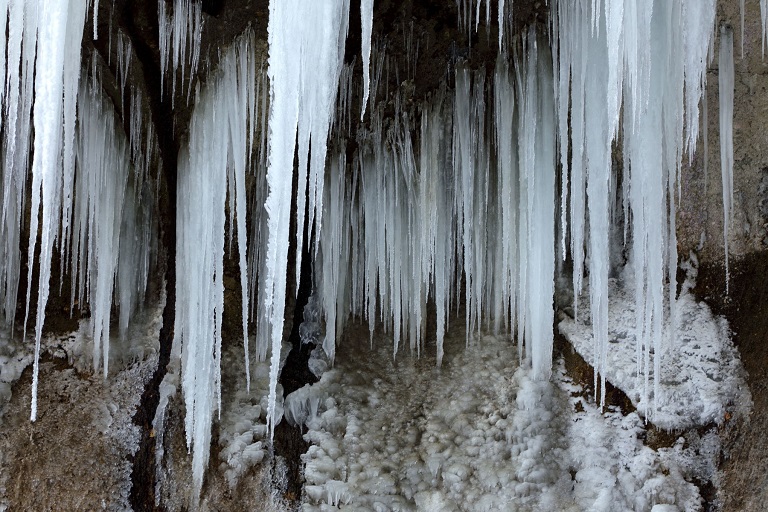 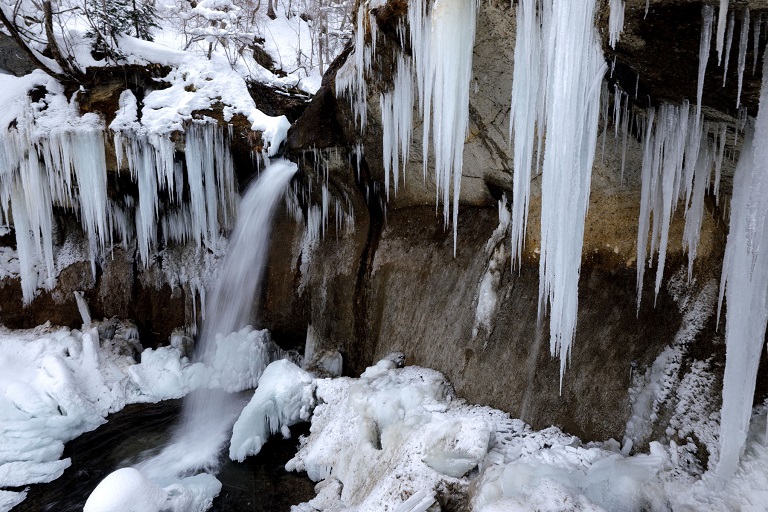 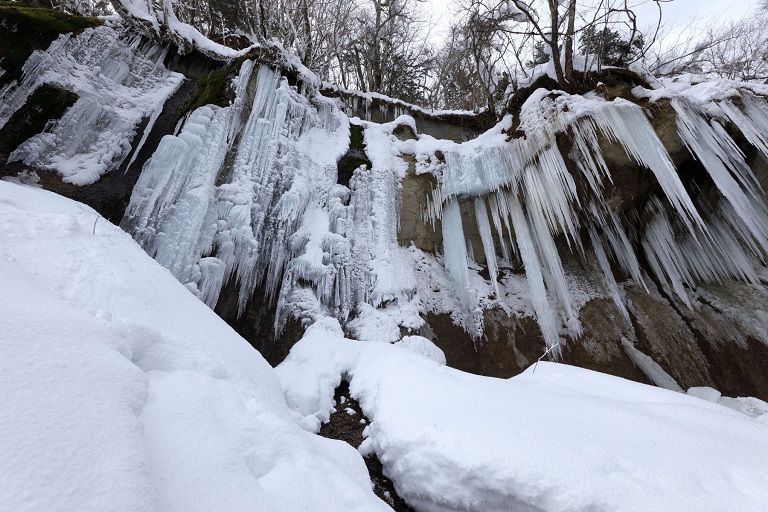